The place to be: International Living described Penang as a mind-blowing destination to visit or live in.

GEORGE TOWN: Penang has been listed as one of the top 10 great value beach destinations in the world.

Online portal International Liv­ing listed Penang, among 21 other beach destinations, as the eighth great value place to visit or live in which is “pocket-friendly” by global standards.

The US-based International Liv­ing is a monthly magazine that focuses on global retirement and relocation options.

Describing Penang as a small tropical island off the west coast of peninsular Malaysia, it reported that the state has been one of the top expat destinations in Malaysia for years.

International Living added that Penang has everything from beaches and shopping to great food and a vibrant culture.

“Culturally, it’s a mind-blowing place to live in with a mix of cultures and the food is touted to be the best in all of South-East Asia.

“Its population is just over 700,000 with a majority of the people living in its capital, George Town.

“It is not a bustling city like Kuala Lumpur, yet it still has all the comforts of home,” International Living wrote on Tuesday.

It also said the local food is delicious and safe for foreigners, and that people can get a filling meal for less than US$5 (RM20.56).

The website also named Salinas in Ecuador, Pedasi in Panama and Bocas del Toro in Panama as the top three great value beach destinations in the world. 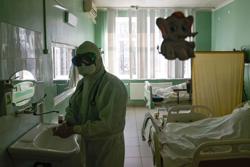