PKR sec-gen: No party action over sex video arrestees until convicted by law

“PKR is aware of the arrests of a state PKR leader with two others as reported today (July 17).

“I ask that the authorities be allowed to investigate the two important matters on the authenticity of the video by identifying the actors, and (the ones behind) the dissemination of the video.

“The two matters must be addressed so as to stop it from continuing to be discussed in public,” said Saifuddin, who is also the Domestic Trade and Consumer Affairs Minister.

He also said that the party would not interfere with investigations.

Over the past month, clips of a sex video featuring two men were circulated on social media and via WhatsApp.

This was followed by a confession video by Haziq, who was also a former political aide to Deputy Primary Industries and Commodities Minister Datuk Seri Shamsul Iskandar Md Akin.

Haziq admitted that he was one of the two men in the video and alleged that the other person was Azmin.

PKR issued a show-cause letter to Haziq for “baseless allegations against the party’s leadership” on July 19.

He is currently on remand, along with the eight others arrested over the video, under Section 377B of the Penal Code and Section 233 of the Communications and Multimedia Act 1998 (CMA). 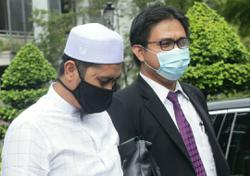 Asri Janggut arrives at Bukit Aman to have statement recorded 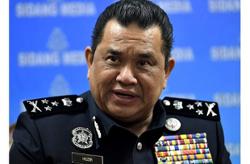 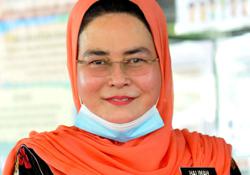