PETALING JAYA: Malaysians trust the media – particularly traditional media like newspapers, TV and radio – more now compared to five years ago and, according to a new study by Ipsos, bucking against a global trend.

The study by the global market research firm found that country patterns remained stable for trust in different news sources, with Malaysia ranking among the highest, along with India, Saudi Arabia and South Africa, while Hungary, Serbia and Poland were often found to be among the lowest.

In contrast, the global trend showed trust in traditional media to be low due to the prevalence of fake news and doubts over the intention of media outlets.

The study found that 79% of Malaysians thought that newspapers and magazines had good intentions (vs 50% globally) and 77% trusted the intentions of TV and radio (vs 52% globally).

The study also found that in India, Peru, Sweden, Germany and Malay­sia, respondents were much more trusting of public broadcasters.

Malaysians also trusted news and information from people they knew in person more than any other source, it said.

“It is interesting how, while the rest of the world is declining in terms of their trust in the media, Malaysia’s trust has increased. This was particularly obvious in the data post the 2018 General Election,” said Ipsos Malaysia managing director Arun Menon.

“Malaysians also tended to trust news coming from sources that they were familiar with, giving traditional channels an edge over online news platforms.

“Within a community like Malay­sia – where family and key influencers’ opinions are heavily depended on – this is important for the community to take note as what we say and pass on to the people we know matters. We would need to be cautious as to the source and type of information that we pass on.”

The study of 27 countries was conducted online between Jan 25 and Feb 8 this year.

Some 500 Malaysians were surveyed for the study, with Ipsos saying that this sample was however not nationally representative of the country.

They said this sample was more urban and educated, with a higher income than their fellow citizens and referred to as “Upper Deck Consumer Citizens”. 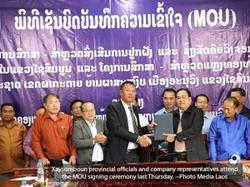