He agreed with the move by the Home Ministry to review salaries and allowances, adding that the Defence Ministry would follow suit.

"We will do the study together. I agree that we should review the salaries and allowances of armed forces personnel from time to time," he said.

Mohamad was speaking to a press conference on Sunday (June 30) after officiating the 54th Annual General Meeting for Koperasi Angkatan Tentera Malaysia Berhad (KT) at the Sungai Buloh military camp.

Last week, Home Minister Tan Sri Muhyiddin Yassin said he supported of the idea of raising the salaries and allowances of low-ranked policemen and the Government would study the matter.

He also said however that any increase could not be discussed in an ad-hoc manner as it involved various agencies and stakeholders, including the Finance Ministry.

It was reported that Inspector-General of Police Datuk Seri Abdul Hamid Bador, had called for the increase so as to reduce occurrences of corruption among rank and file policemen.

Hamid had said the salaries, logistics and needs of low-ranking policemen should be looked into to strengthen the force's integrity and minimise acts of corruption. 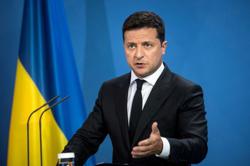