A durian fan checking the e-commerce platforms for frozen whole durian from Malaysia after the fruit is available in China.

BEIJING: Durian lovers in China are excited to taste the premium King of Fruits in its original form following the arrival of the first batch of frozen whole durian.

Online retailers have started selling the fruit on popular e-commerce platforms such as JD.com and Tmall.

On May 30, China’s General Administration of Customs approved the import of frozen whole durian from Malaysia, which is highly sought after by the Chinese.

Before this, only the pulp, paste and processed products of Malaysian durians could be imported into the country.

Li Yuanling said she was waiting for this moment since falling in love with the thorny fruit a few years ago.

After returning to China in 2015, she bought the frozen pulp to satisfy her craving but she said nothing can beat eating the fruit in its original form.

Another fan, who declined to be named, was seen checking online supermarkets for frozen whole durian.

“I checked for discounts and waited for the best price,” he said.

Durian trader Loh Wee Keng said his fruits were all snapped up by retailers before they even made their way to China.

Unlike the unripe ones imported from Thailand, Malaysian durians are ripe, so they have to be frozen to keep its taste and quality.

Loh said his durians would only be supplied to online retailers.

Although Malaysian durian is facing strong competition from the cheaper Golden Pillow durian from Thailand, Loh is confident the Musang King will be a hit as the Chinese are demanding quality food now. 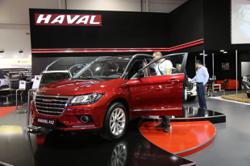