PUTRAJAYA: The Federal Government will be writing off outstanding water debts of states, amounting to RM3.8bil incurred between 2001 and 2018, says Prime Minister Tun Dr Mahathir Mohamad.

“This is to encourage states to speed up restructuring of their water services.

“We want to ease the financial burden faced by states and to ensure people enjoy long-term benefits from efficient water services,” he said after chairing the National Finance Council meeting at the Finance Ministry yesterday.

The Prime Minister also announced that future rural water supply projects would no longer be financed via soft loans from the Federal Government.

Instead, such projects would be financed by grants from the Rural Development Ministry.

The meeting also discussed the distribution of tourism tax and decided that revenue would be shared 50-50 between the Federal Government and states.

Dr Mahathir said with half of the revenue given to the states, the money could be used to help improve tourism infrastructure and for them to carry out promotional activities.

The government charges a flat rate of RM10 per room per night on foreign tourists. The tax was introduced in September 2017. On the issue of toll, Dr Mahathir again acknowledged that the move would be a burden to the government, despite Pakatan Harapan’s pledge to have it abolished.

He said to free the North-South Expressway of toll, as an example, would cost the government RM30bil.

“The money can be better spent to pay debts. This in return will ease the government’s financial burden,” he said.

Dr Mahathir was asked about the views of Tun Daim Zainuddin who said the Pakatan government, in its second year, should focus on issues affecting the people.

The Council of Eminent Persons chairman said they included affordable housing, cost of essential goods and reduction of toll rates.

“The government is getting feedback from the private sector on how toll rates can be reduced. But we have not decided on anything yet,” said Dr Mahathir.

On whether Felda settlers would be given Hari Raya bonus, the Prime Minister did not know because the matter was not discussed at the meeting.

“You have to ask Azmin,” he said, referring to the Economic Affairs Minister.

On May 22, Datuk Seri Azmin Ali said that the government had no intention to give “duit raya” to 112,635 Felda settlers due to financial constrains.

He said the government’s priority would be on providing Cost of Living and Advance on Produce incentives for the settlers before Aidilfitri. 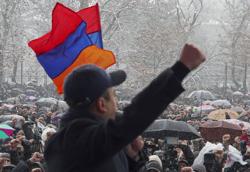