KUALA LUMPUR (Bernama): Police detained a Nigerian man believed to be a drug dealer in his rented car near a condominium at Bandar Kinrara, Puchong on Friday (May 24).

Police also seized various types of drugs worth nearly RM90,000 which were found in the car.

Serdang OCPD Asst Comm Ismadi Borhan said police also found the 30-year-old suspect without any identification documents and added that he is believed to have overstayed in the country for more than eight years using a student visa.

"Upon inspection of the vehicle, police found drugs among others syabu weighing 791.48gm and 1,420 ecstasy pills weighing 769.8gm.

"Police seized the rented car used by the suspect to run his activities around Klang Valley," he told a press conference at the Serdang District Police headquarters near here.

He said initial investigations found that the suspect obtained his drug supply from a dealer around Kuala Lumpur and had been active for over five months based on the period the Honda City was rented for RM3,000 a month.

"Based on his confession, the suspect stayed in the country using student visa for more than eight years," he said, adding that the suspect has been remanded for seven days until May 30.

The case is being investigated under Section 39B of the Dangerous Drugs Act 1952. - Bernama 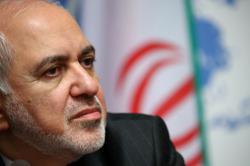