PETALING JAYA: Google has paid tribute to late Malaysian singer and songwriter Sudirman Arshad with a special "doodle" in conjunction with his 65th birthday on Friday (May 25).

Known simply as Sudirman by his legion of fans, the talented artist was born the youngest of seven children in Temerloh, Pahang in 1954.

In its message, Google highlighted the famed singer's biography and outstanding achievements as a singer, songwriter, author, visual artist, and actor.

"Before becoming one of the most popular performers in Asia, Sudirman worked as a journalist and an attorney.

"Sudirman's singing career surged after winning a contest on Bintang Radio Television Malaysia, and he went on to top the charts in Singapore, Brunei, and Indonesia.

"He is remembered for his piercing tenor voice and for staging one of the largest free concerts in Malaysian history.

"On April 15, 1986, he performed for a crowd of over 100,000 on Kuala Lumpur's Chow Kit Road. Lifted above the audience by a crane, Sudirman delivered a performance that delighted a crowd that included Malay, Chinese, and Indian fans," it said.

Sudirman died from pneumonia at the age of 37 in February 1992.

Among Sudirman's most popular tunes include "Tanggal 31 Ogos" and "Balik Kampung" which live on till today during festive occasions such as Malaysia's Independence Day and Hari Raya Aidilfitri.

In 1989, Sudirman won acclaim at the Asian Popular Music Awards at London's Royal Albert Hall, when he sang his signature hit "A Thousand Million Smiles" and a rendition of "Send In The Clowns" with choreography that paid tribute to Charlie Chaplin.

The performance raised Sudirman's international profile. He travelled the world from Hawaii and Asia through the Middle East and Europe.

More than that, Sudirman willingly undertook the responsibility of signing autographs when he toured.

"He would sign every autograph, never refuse anyone who wanted to take a picture with him, always has a warm welcoming smile and was always humble," said his former manager, Daniel Dharanee Kannan.

Sudirman was also appointed as the "Singing Ambassador" by the Malaysian Tourism Ministry, where he expanded his repertoire by singing in Malay as well as English, Tamil, Tagalog, Korean, and a number of Chinese dialects.

A street was even named after him in his hometown and the Sudirman Scholarship Fund was established to support performing artists.

The Doodles have become an iconic part of Google, celebrating and marking past and present events all over the world, including anniversaries and holidays. 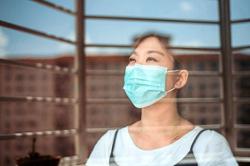