KUANTAN (Bernama): Civil servants and government-linked companies (GLCs) employees are advised to be cautious about easy loan offers by money lenders claiming to be the agents of Angkatan Koperasi Kebangsaan Malaysia Berhad (Angkasa), especially during the coming festive season.

Angkasa president, Datuk Abdul Fattah Abdullah (pic) said the cooperative has been receiving complaints on money lenders claiming to be agents of Angkasa with offers of instant loans to civil servants and GLC staff.

"They (money lenders) will stick advertisements in public places to claim they are from a certain co-operative that can help to provide faster loan.

"They are also attracting potential borrowers by informing them that the loan repayment can be made through salary deduction because this type of loan repayment can only be made by civil servants and GLCs staff," he told reporters here Monday (May 13).

Abdul Fattah hoped that civil servants or GLCs employees who want to apply for loan to check the status of the company to avoid falling victim to such schemes.

"We are also asking those who have been deceived by such loan offer by the companies or individuals claiming to be Angkasa agents to lodge their police reports for action to be taken," he said.

To date, about 800 co-operatives have obtained the approval to offer loans to their members including to civil servants and GLCs employees.

"However, only half or 400 of the cooperatives are still active," he said.

He also advised co-operative that offer legitimate loans to manage every application in a transparent and professional way without burdening the borrower. - Bernama 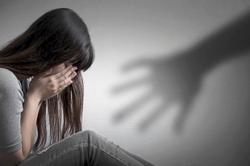