ALOR GAJAH: Piles of hazardous factory waste have been found along the banks of Sungai Kelemak here. 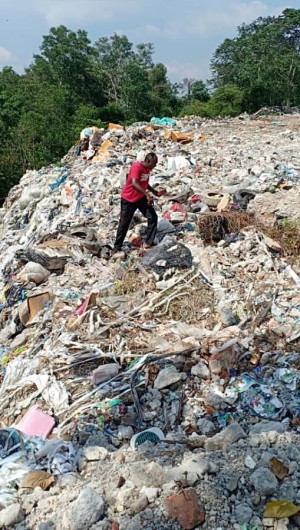 He said residents living near the site spotted vehicles dumping rubbish there, with used tyres and aerosol cans found strewn all over the site.

"The waste was illegally disposed and there is also a pungent chemical stench," he said after the visit, adding that domestic and bulk waste were seen dumped there.

Murali said that the stench caused him to feel dizzy and nauseous, adding that the dump site is near the Seri Kelamak Industrial area.

He added that he would inform the Alor Gajah Municipal Council to initiate action against the culprits and control illegal dumping.

On April 30, 18,076 consumers in Alor Gajah faced a disruption to their water supply due to ammonia pollution in Sungai Batang Melaka.

The pollution occurred when water from fishing ponds was discharged by two catfish breeders in the Hutan Percha area in Alor Gajah.