Giving B40 a chance at quality education

PUTRAJAYA: Education and anything related to it can make or break a government, what more one which is celebrating its first year in power.

Decisions must be followed by actions to prove to the public that the Pakatan Harapan government walks the talk in its mission to make quality education accessible to all.

And so far, the Education Ministry believes it has succeeded in increasing accessibility and enrolment of those in the B40 group, where the majority of Malaysians are in schools and institutions of higher education.

Education Minister Dr Maszlee Malik (pic) said they want to increase access to quality education for those in the group because they do not get the same opportunities as the children from more well-to-do families.

“We believe that education will allow these children to bring their families out of the poverty cycle.

“Beginning this year’s session, we have allocated 60% of the slots in fully residential institutions for those from the B40 group involving 4,888 students,” he said in an interview in conjunction with Pakatan’s first year in power.

Maszlee said other initiatives for the group include a special entry path to public institutions of higher education (IPTAs) for 23,895 students and allocating 60% of the 25,000 seats in matriculation.

On top of that, he said some RM68.1mil in scholarships and financial aid were provided to 17,100 students in the B40 group. 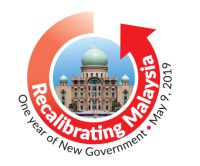 “We also have the “zero reject policy” for special needs students in all government and government-aided schools since January.

“Special needs students are also given a special entry path to IPTAs,” he said.

Maszlee said stateless children have also been allowed to be enrolled in schools and to-date, more than 2,600 children were attending school.

Reducing school dropouts is also a priority for the Johor Baru-born first-term minister and he has directed a pilot project to get the dropouts to return to school.

The pilot programme is being carried out in Perlis, Hulu Langat, Langkawi, Pasir Mas, Kluang and Kulai and 262 secondary students have returned to the classrooms.

To make education more student-centric, the Education Ministry had abolished mid-year and final-year examinations for Years One, Two and Three pupils.

In place is a more holistic form of assessment which allows teachers to be more creative and innovative in uncovering the students’ talents.

“The new method involves more than 450,000 pupils and the assessment report will be out in June,” added Maszlee.

Complaints of the additional workload with conflicting duties from the teachers were also immediately addressed.

“Teachers complained about having to perform the same task two or three times, especially filling in forms and other matters.

“We heard them clearly and we have listed five initiatives to allow teachers to return to their core job, which is to teach.

“These initiatives also allow the teachers to be more creative and innovative especially in applying 21st-century education methods that emphasise constant and effective interaction between teachers and students,” he said.In the higher education sector, Maszlee said Section 15 (C) of the Universities and University Colleges Act (AUKU) 1971 had been abolished after a thorough study.

He said this gives universities more autonomy and students the freedom to run their own campus elections and form student unions.

See the full report in StarEdu on Sunday.