PETALING JAYA: Malaysia’s success in renegotiating with China for better contract terms on its East Coast Rail Link (ECRL) project may open a floodgate for the review of other projects under China’s ambitious Belt and Road Initiative (BRI).

Other BRI nations watching developments may be encouraged to demand Beijing to withdraw inequitable terms in the BRI projects financed and built by China.

The long and protracted ECRL renegotiation, led by former finance minister Tun Daim Zainuddin, has helped Malaysia save about RM22bil on the project.

The new ECRL deal may become a case study for others. And Prime Minister Tun Dr Mahathir Mohamad, who will be delivering a speech at the Second Belt and Road Summit in Beijing later this month, may be invited to share his experience in talking with China.

Forbes was quick to comment that the new deal “is a big win” for Dr Mahathir.

“Malaysia’s success in renegotiating the ECRL project with China is significant as it saves Malaysia from the debt trap that Sri Lanka fell into,” says an opinion piece in Forbes.

The new deal saw a 32.8% reduction in the cost of the ECRL project to RM44bil from RM66bil.

In yesterday’s statement on the new ECRL deal, Dr Mahathir confirmed the predicament Malaysia was in when confronted with an insane term in the original ECRL contract: Kuala Lumpur had to pay exorbitant termination costs, if the ECRL was cancelled.

“The government was faced with the choice to either renegotiate or pay termination costs of about RM21.78bil, with nothing to show for it.

“As such, we chose to go back to the negotiation table and call for a more equitable deal, whereby the needs of the Malaysian people would be protected,” the Prime Minister said in his five-page statement.

He explained that his government’s main objection to the ECRL was based on the way and speed at which the contract was negotiated and signed in 2016, when Malaysia was under the rule of Barisan Nasional.

Dr Mahathir came into power after the general election last May.

“It was unjustified, a hefty lump sum price which lacked clarity in terms of technical specifications, price, and, by extension, economic justification,” said Dr Mahathir.

But the 94-year-old leader also acknowledged there are benefits in the ECRL project, which is expected to stimulate economic growth and development, especially in the less developed east coast states, and attract tourists and investments along the railway corridor.

According to Datuk Keith Li, the president of the China Enterprises Association in Malaysia, Beijing appears “prepared” to face demands for the review of terms in BRI projects.

“This could happen in the future. But I think China is prepared for such potential cases. The ECRL provides a good lesson for China in working with BRI countries,” he said.

Indeed, China appears to have recalibrated its BRI investment strategy and lending after its think tanks have toured BRI nations and assessed situation on the ground.

Launched in 2013, the BRI aims to create an economic land belt that includes countries on the original Silk Road through Central Asia, West Asia, the Middle East and Europe, as well as a maritime road that links China’s ports with those in South-East Asia, the African coast and the Mediterranean.

With emphasis on infrastructure development, China has a lofty objective to help other developing countries improve their trade and investment via transportation upgrade.

While there are economic benefits brought to countries in dire need of infrastructure and economic development, there are also complaints that most Chinese lending in BRI is on less concessional terms than offered by multinational institutions.

Indeed, some governments are reassessing Chinese investments – not just BRI projects, particularly after the Chinese took possession of the ownership of a port in Sri Lanka after the latter failed to repay its loan.

While many hail Malaysia as a big winner in this new ECRL deal, China is not a loser.

For whatever concessions it has made, Beijing has achieved its key objective: to construct the ECRL – a strategic BRI project in the region.

The ECRL will provide a new trade route for China’s goods using the South China Sea and Straits of Malacca, bypassing Singapore.

And if China could use its experience with Malaysia to help resolve its problems with other projects, its BRI programmes will flourish worldwide and Beijing’s international influence will be unstoppable. 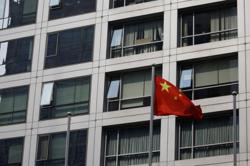 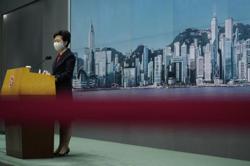