“TH during the Barisan Nasional era had openly and clearly falsified TH’s accounts to hide losses,” he said after he was given permission by Spe­a­ker Datuk Mohd Ariff Md Yusof under Stan­ding Order 14 to address the House.

Despite having falsified its non-existent profit, he said TH announced a dividend of 6.25% for depositors in February 2018, inv­o­­l­ving payouts of RM2.7bil.

Mujahid said TH’s losses had accumulated to RM10.2bil (its RM19.4bil investments in property and companies were valued at only RM9.7bil as of Dec 31, 2018).He cited TH’s investment in FGV Holdings Bhd’s shares which resulted in RM1.1bil losses.

He added that TH incur­red further losses of RM670mil to bail out Ramu­nia Holdings and RM144mil to purchase a 30% stake in Putra Perdana Bhd.

Following the takeover of TH by a new management under the Pakatan Harapan administration, Mujahid claimed RM22mil was diverted from the Yayasan Tabung Haji 2017 programme for politically slanted activities.

He told lawmakers that the government had initiated plans to revive TH through Urusharta Jamaah Sdn Bhd (UJSB), a special purpose vehicle.

He said the government would also inject RM17.8bil into TH over a 10-year period beginning 2020.

Owing to the steps taken under the new administration, Mujahid said TH chalked up surplus assets worth RM1bil as of Dec 31, 2018.

He noted that this allowed TH to announce a 1.25% dividend for depositors for 2018, involving a payout of RM913mil.

He assured depositors that they could look forward to higher dividends for 2019 if the TH revival plans go smoothly. 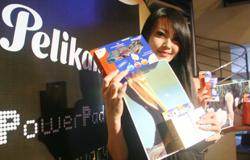