PUTRAJAYA: In an unprecedented move, a nine-man Federal Court Bench handed down a landmark majority judgment that any decision by Bank Negara's Syariah Advisory Council (SAC) on Islamic finance is constitutional and binding on civil courts even though the Council is not a judicial body.

The nine-man super Bench is the first in the nation's history, but the landmark decision was a narrow 5-4 decision.

Previously, a Bench of seven members was the maximum number ever convened to hear such cases in the Federal Court.

The dissenting judgment basically rules that section 57 of the Central Bank of Malaysia Act 2009, which gives the SAC its judicial power, contravenes Article 121 of the Federal Constitution which touches on the judicial power of the civil courts.

"The effect of the section (57) is to vest judicial power in the SAC to the exclusion of the High Court on syariah matters. The section must be struck down as unconstitutional and void," said Justice Malanjum in a summary of the minority judgment on Wednesday (April 10).

According to the central bank's website, the SAC was set up 1997 as the highest Shariah authority in Islamic finance in Malaysia.

It further says that the SAC is accorded the status of the sole authoritative body on Shariah matters pertaining to Islamic banking, takaful and Islamic finance.

In the majority judgment handed down on Wednesday, Justice Zawawi found that rulings by the SAC constitute an expert opinion in the matter of Islamic finance.

"The SAC members are highly qualified in the fields of Syariah economics, banking, law and finance. The SAC rulings can be regarded as a collective ijtihad (reasoning) that provide consistency and conformity," Justice Zawawi said.

The judgments stemmed from a referral by JRI Resources Sdn Bhd against Kuwait Finance House (KFH).

The case involved a civil lawsuit filed in 2013 by KFH against JRI Resources for recovery of an outstanding amount of RM118,822,066.59 due to the former for four Ijarah Facilities agreements and one Murabahah Tawarruq agreement entered between them in 2008 and 2009.

The question referred for the Federal Court's determination was whether sections 56 and 57 of the CBMA were constitutional for impinging on judicial powers as the sections stated that rulings by the Syariah Advisory Council (SAC) bind the Civil High Court. 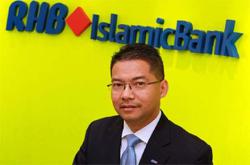