PM: We may sell our assets

KUALA LUMPUR: The government does not rule out the possibility of selling more assets including land to keep the national debt at a manageable level, says Prime Minister Tun Dr Mahathir Mohamad.

He said aside from the sale of the superyacht Equanimity, the government would give its assurance that any sale of government assets would be made only to Malaysians.

“We still have some assets.

“In fact, we may, if necessary, sell even land belonging to the government, but of course we will sell it to Malaysians, not to foreigners.

“That will help reduce the debt,” he told reporters at the Parliament lobby.

The superyacht Equanimity has been sold to Genting Malaysia Bhd for US$126mil (RM514.14mil), says the Attorney-General’s Cham­bers.

Attorney-General Tommy Thomas said the Admiralty Court in Kuala Lumpur has approved Gen­ting’s offer to purchase the Equanimity on the Sheriff’s terms and conditions.

He also noted that the government was in the midst of identifying assets it can sell.

“ So at the moment the process is going on, it’s not static. 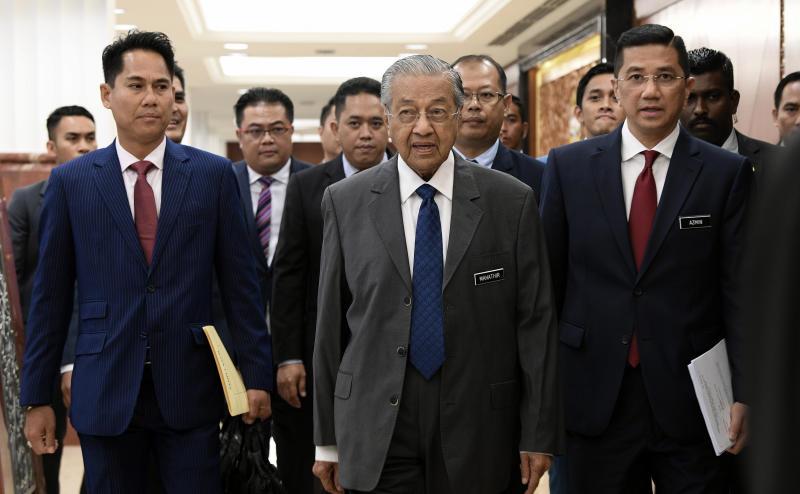 “It is being lowered, being worked on all the time.

“I can’t give the exact figure but I believe it has been reduced quite considerably,” he added.

The Prime Minister also noted that the government had recovered money that was lost from Singapore, but did not reveal any details.

“We have been able to recover quite a lot of money that was lost, that was kept in Singapore.

“So that money helps to reduce the debt,” he said.

Asked if the money was related to the 1Malaysia Development Bhd (1MDB), Dr Mahathir said: “I will have to ask the Minister of Finance. He has a better figure than me.”

On the opposition’s move to oppose the liquidation of government’s assets, Dr Mahathir said, “They can oppose, but they are not in power.

“During their time, they didn’t oppose selling land to foreigners.

“Now only they remember,” he said.