Najib on Trial: Hearing finishes for the day (April 3)

Najib, 66, faces three counts of criminal breach of trust, one charge of abusing his position, and three counts of money laundering over SRC International Sdn Bhd funds amounting to RM42mil.

5.40pm: Supporters shout "Malu apa, Bosku" as Najib leaves. He turns to wave at his supporters but does not address them.

5.10pm: Cross-examination has ended. Proceedings are about to end for the day as the court fixes the date to continue the trial.

3.30pm: Muhamad Akmaludin is reading his witness statement from the stand and DPP Manoj Kurup is conducting the examination-in-chief.

The proceeding continues with markings of exhibits.

The hearing is expected to end by 5pm.

3:24pm: First prosecution witness, Muhamad Akmaludin Abdullah, 35, is called to the stand. He is an assistant registrar at the Companies Commission of Malaysia.

3:15pm: Thomas: "Evidence will also establish that in December 2014, the accused's credit card was charged US$130,625 for expenses made at Chanel, an exclusive fashion store in Honolulu.

"Evidence will establish that the personal cheques were issued for, among others, payment for renovation works carried out at the accused's residence at Jalan Langgak Duta and residence in Pekan, Pahang and cheques issued to various Barisan Nasional component political parties," adds Thomas.

"The burden is now on the prosecution to prove beyond a reasonable doubt that the accused is guilty of the criminal charges preferred against him at this trial," says the AG.

2:50pm: Justice Mohd Nazlan dismisses Najib's application (that the CBT and abuse of position charges against Najib are defective) to have his motion to be heard today before the commencement of the trial.

"That can be heard at a later date," he said.

The court orders for the trial to start immediately. 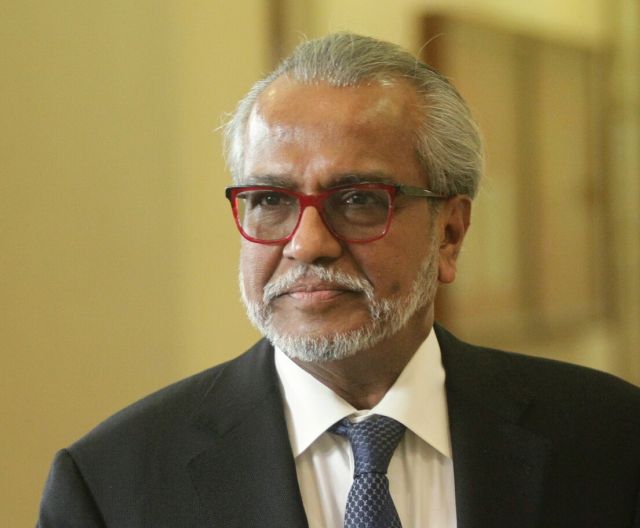 2:45pm: Thomas objects, saying defence is using delaying tactics. "If they are saying something is wrong with the charges, they had ample time (to do so before). But certainly not this morning. There can be no other inference from this conduct other than (that) they are trying to delay the trial," he says.

2:43pm: Shafee says: "These are matters ought to be taken before trial starts before we call witnesses. We have filed a certificate of urgency this morning."

2:42pm: Najib's lawyer Tan Sri Muhammad Shafee Abdullah informs the court that defence has filed an application stating that the CBT and abuse of position charges against Najib are defective, and asks that the application be heard first. Attorney General Tommy Thomas objects. 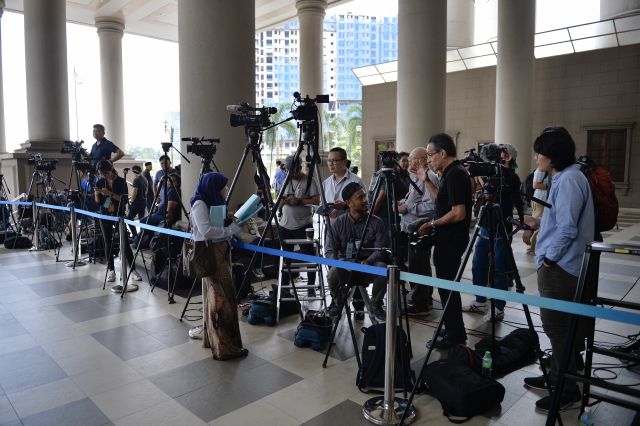 2:17pm: Clare Rewcastle Brown from the Sarawak Report has just arrived to observe the trial.

"I'm here to take in the flavour of the day, to get feedback and what the feeling is here in court. I'm here as a journalist, just doing my job," she said.

Asked how she felt about her website being blocked while Najib was in power, she replied, "It's nothing personal, I'm just here to see justice done"

2:07pm: The trial is about to start and Najib takes his place in the dock.

2:02pm: Asked why there were so few supporters, they claim many were taken in by the "false accusations" and that civil servants were not allowed to attend.

2.00pm: When quizzed by the press, the supporters say they are from Pekan, and shout "BosKu" and "Hidup Najib". There's a commotion when someone starts making a loud speech. He is surrounded and taken away by the police. 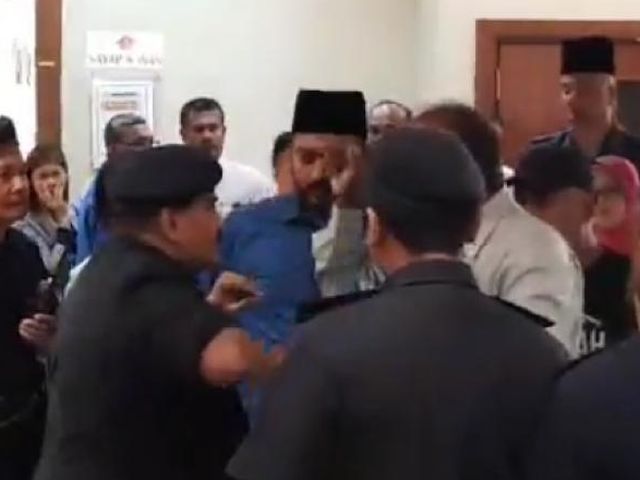 1:59pm: Before Najib heads into the courtroom, some recite prayers for the former prime minister. He is not accompanied by his wife.

1:56pm: Najib arrives in court room with his lawyer Tan Sri Muhammad Shafee Abdullah. Upon arrival, he is greeted by about a dozen supporters.

1:54pm: 30 seats are allocated for both international and local media inside the High Court. Twenty other seats are available in a video link room on a first-come-first-serve basis.

1.50pm: The courtroom is filling up. Attorney General Tommy Thomas is here. However, there is no sign of lead defence counsel Muhammad Shafee yet.