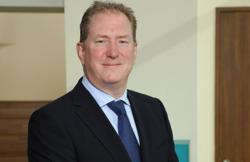 KUALA LUMPUR: Malaysia has become the largest consumer of illegal cigarettes in the world, with over 12 billion sticks sold last year, according to a study by research house Nielson and the Confederation of Malaysian Tobacco Manufacturers.

The situation can only be addressed by a more sustained level of strategic enforcement to curb the supply and demand for these illegal cigarettes, said JT International Bhd (JTI) managing director Cormac O'Rourke, quoting the study.

He said Malaysia was one of the few countries in the world where illegal cigarettes sales continued to thrive unabated, with the situation now surpassing crisis levels.

“While the Customs Department is tasked with enforcement, the sheer size of approximately 12 billion cigarettes sold annually indicates that more needs to be done, and a collective multi-agency approach is now desperately required to improve the situation.

“One of the key reasons why enforcement efforts have not been able to contain and stop illegal cigarette sales is the lack of effective and coordinated enforcement.

“This has enabled cigarette smugglers to manipulate existing policy loopholes and take advantage of porous borders as main smuggling routes into the country,” he told reporters at the JTI office here on Wednesday.

The Nielsen and the Confederation of Malaysian Tobacco Manufacturers study shows that illegal cigarette sales are most widespread in Sabah, Sarawak, Pahang, Kelantan and Terengganu.

The study also found that 58.9% of all cigarettes sold in Malaysia were illegal cigarettes.

O'Rourke proposed three measures to comprehensively address the sale of illicit cigarettes, including introducing an excise moratorium for the next three years to avoid price shocks leading to more smokers switching to illegal cigarettes.

“We should look at banning tran-shipment of cigarettes at entry points in Malaysia and introducing a single point of entry for any importation of cigarettes into Malaysia.

“Tran-shipment has been manipulated by smugglers where, the shipment of cigarettes arrive here supposedly bound for another country, but it never leaves and in the end finds its way into the local market,” he said.

He added that an independent body should also be implemented to lead a special taskforce on addressing illegal cigarette sales comprising multiple government agencies including industry representatives.