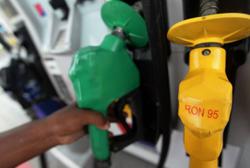 Changes in fuel prices are reflected as rebates or surcharges which is passed on to consumers. From March 2015 till mid-2018, consumers have enjoyed a rebate of more than RM6.3bil.

KUALA LUMPUR: There has been some discussion in the media recently on electricity tariff and how the downward movement of international coal and gas prices in recent months should be reflected in lower tariffs. This has been suggested by various bodies representing both domestic and non-domestic consumers.

Taking a step back, it is perhaps a good time to review the entire tariff setting process and how fuel prices affect this.

This brings us to imbalance cost pass through (ICPT) that has been adopted by many other countries to maintain stability in domestic markets and protect them from international volatility. Usually the adoption of an ICPT mechanism is the first step towards liberalisation of the utility market, as mentioned by industry observers.

Under the incentive-based regulation (IBR) framework under Energy Commission, the Government fixes the tariff for a period of three years at a time (called the regulatory period) to ensure market stability.

However, as fuel comprises a major part of the tariff, fluctuations in international markets need to be built into the tariff. As per the ICPT mechanism, the Government reviews the actual fuel prices every six months and makes the necessary adjustment to reflect this.

Changes in fuel prices are reflected as rebates or surcharges depending on the decrease or increase of fuel prices, compared with the budgeted fuel prices set by the Government, which is passed on to consumers. The ICPT mechanism is meant to be fair and transparent, in line with global standards, and complies with the agreed IBR framework. From March 2015 till mid-2018, consumers have enjoyed a rebate of more than RM6.3bil.

In the current regulatory period (or RP2), the “budgeted” price for coal is set at US$75 per ton. Last year when the surcharge was fixed, coal prices had risen.

Since then coal prices have fallen to below US$90 per ton from the middle of last year. Given that there is usually a lag of six months for adjustment to actual fuel prices, there is a high likelihood of a lower surcharge for the next ICPT period (July-December 2019).

The tariff through the IBR framework has and continues to keep the interest of the rakyat in mind, given that the tariff for domestic or residential customers has already been capped and the surcharge is being subsidised by the Government.

Indeed, research has shown that electricity is a very small driver of cost of living; it comprises only 2.7% of the overall Customer Price Index, according to the CPI 2018 report from the Statistics Department. This means the small increase in electricity prices alone should have only a negligible impact on overall business costs and cost of living.

It may also be an opportune time to view the situation through a different lens, one that takes

into account the long term sustainability of our future and the Malaysian economy – a perspective that is often referred to by economists.

Presently, Malaysia enjoys one of the lowest electricity tariffs in the world. However, much of this is due to the subsidies on natural gas that the Government has provided.

While reducing the cost burden on the rakyat, subsidies can also negatively impact the economy in the long run. Money that could be spent on other public amenities is being used to artificially hold down the price of natural gas. Is this something we can afford to ignore if we were to think of the future?

Consequently, it is important to note that the subsidy cannot last forever, and calls for a more efficient mechanism for subsidies to be more targeted.

This is one of the reasons why the Government has implemented a subsidy rationalisation plan. The aim of this is to reduce allocation on subsidies to enable efficient spending on development programmes.

Climate change and rising temperatures are very apparent over the past few months. However, as in other developed economies, perhaps it’s time for Malaysians to take control and adopt more energy efficient practices to reduce energy consumption and therefore rising bills, the example being set by the Energy Minister Yeo Bee Yin herself, with her proposal to make government buildings energy efficient and attain a savings of RM47bil by 2030.