Mohd Zaki paid the fine in cash, and walked out of the courtroom a free man. Authorities held a vehicle belonging to him, saying it was in connection to the offence, but it did little to faze Mohd Zaki.

He is just another example of pangolin smugglers who, when caught, simply pay the fines or bail amounts in cash and walk free.

“This is a challenge for us -- these smugglers are not afraid of the fines, because the profits are so high,” said Kedah Department of Wildlife and National Parks (Perhilitan) director Jamalun Nasir Ibrahim.

The pangolin, a nocturnal anteater known locally as tenggiling, has been called the world’s most trafficked mammal. An estimated 20 tonnes of pangolins are trafficked internationally every year, mostly for consumption and its scales, which are believed to have medicinal value.

In 2019 alone, Jamalun’s team has prosecuted two cases of pangolin smuggling, while a third was arrested in Thailand after passing through the border in Kedah.

Mohd Zaki was arrested in July 2018, at his home in Kedah.

In September 2018, a man was caught in Bukit Kayu Hitam, near the Malaysia-Thailand border, with over 80 pangolins in his car. He claimed trial, and bail was set at RM20,000 (US$4,900). He paid the bail in cash. The case is currently pending trial.

More recently in February 2019, a Malaysian policeman was arrested with 47 pangolins in his vehicle, as he attempted to pass customs checks at the same border. As he was arrested at the Thai checkpoint, he was charged at the Nathavi Court in Songkhla, Thailand. Again, the accused paid the bail in cash amounting to RM12,800 (US$315), pending trial. 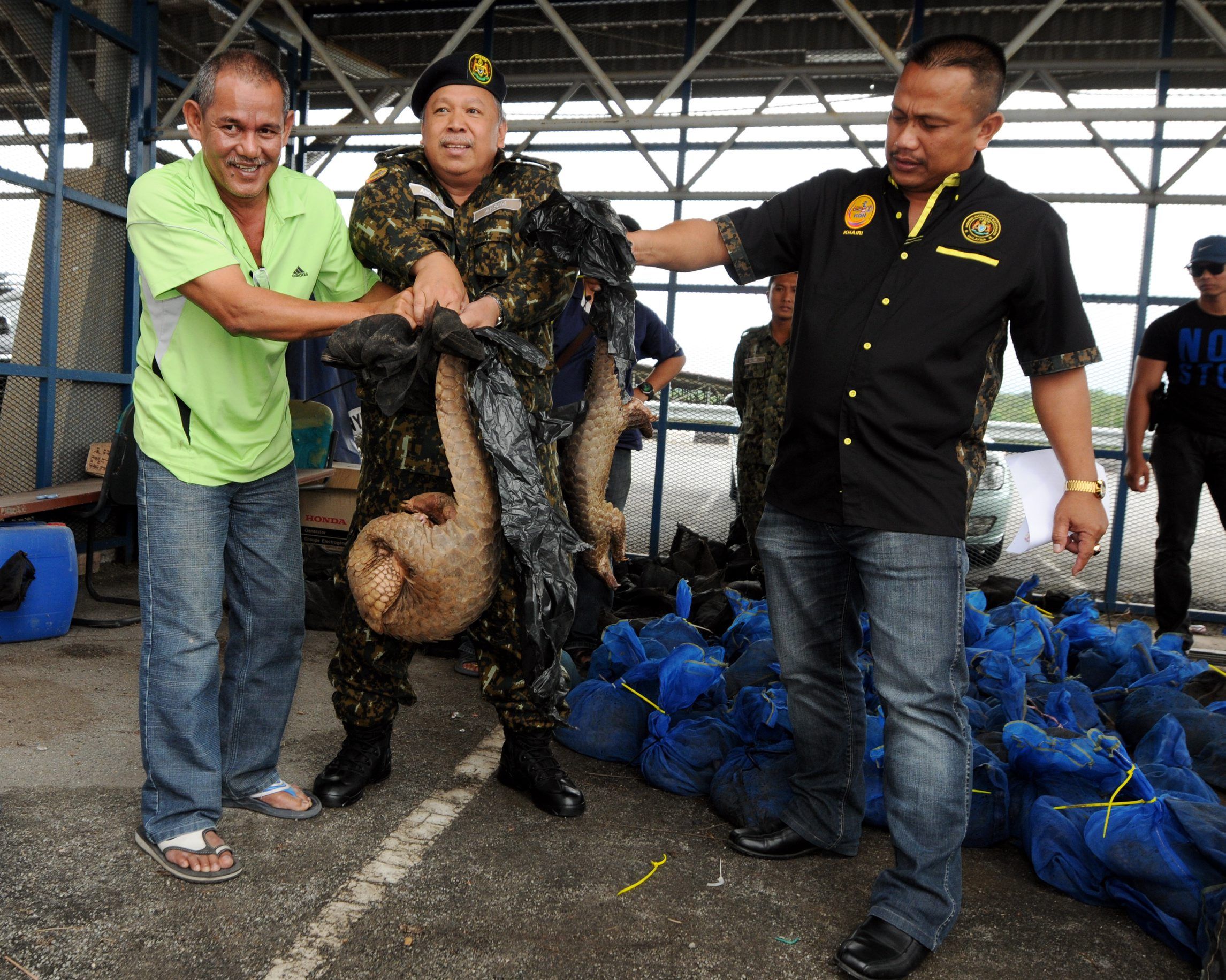 Pangolins are listed as “totally protected” under the Wildlife Conservation Act 2010 (WCA2010). Anyone caught hunting or keeping one is punishable by a fine of up to RM100,000 (US$25,000), imprisonment of up to three years, or both.

A 2010 study by wildlife protection NGO Traffic placed the street value of live pangolins at RM50 to RM115 per kg (US$12 to US$28 per kg), while noting that seasonal demand can drive prices to as high as RM330 (US$81) per kg. An adult pangolin can weigh up to 10kg.

That means Mohd Zaki, when he was arrested, would have been in possession of up to RM200,000 (US$50,000) worth of pangolins, or three times the amount of his fine.

“We do not have data that points to any patterns. However, in several high profile court cases where high fines or bail have been set, we have noted that accused persons have been able to raise the funds to make payment,” said Traffic Malaysia communications officer Elizabeth John.

Traffic referred to a case in February 2017, where a man was fined RM550,000 (US$135,000) for being in possession of a cache of totally protected wildlife, including a tiger and a crocodile -- by far the highest fine ever recorded by Perhilitan. The man paid the fines in cash.

While noting that there are many possible reasons why accused persons can afford such high fines, Traffic called for authorities to evaluate whether the penalties under the WCA2010 are being wielded effectively.

“(Authorities) should look at the range of fines being handed down, how easy it is for convicted wildlife criminals to pay it, who is actually covering the cost of fines and bails and the rate of repeat offences, among others. The same analysis should be applied to jail terms given out by the courts.”

Traffic noted that the WCA2010 has fines 30 times higher than the law it replaced, and the higher fines were put in place to deter wildlife smugglers.

Both Traffic and Perhillitan suggested that the fines might have been paid by smuggling syndicates, as those arrested are more likely than not merely runners for these syndicates.

“It is difficult to catch those at the top (the syndicate bosses), who earn huge profits,” said Jamalun. “Because the wildlife is found in the possession of the runners, we cannot connect it to the syndicate bosses. So they can simply deny their involvement.”

“This is why Traffic has consistently urged authorities to invest in their investigations, intelligence and prosecution teams, and to cooperate across agencies and borders,” said John. “This is important because the pangolin trade is international in nature, so we need to be able to track down the masterminds.”

R.AGE reached out to Perhilitan for statistics on pangolin arrests and fines over recent years, but have yet to receive a response at press time.

However, sources in Perhilitan have indicated that convicted pangolin smugglers are known to pay their fines in cash, even though the fines are as high as RM125,000. Some of them are suspected to have returned to the trade immediately.

Water, Land and Natural Resources Deputy Minister Tengku Zulpuri Shah Raja Puji said in a parliamentary reply on April 1 that new amendments to the WCA2010 are being considered, which includes higher penalties for illegal wildlife traders and poachers. 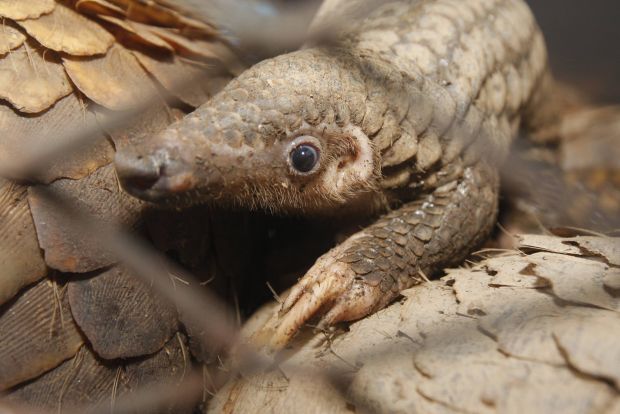 A baby pangolin rescued from wildlife smugglers peers out from its cage. The pangolin is known as the world’s most trafficked mammal. High demand for its meat and scales - believed to have medicinal value - is driving it to extinction. RONNIE CHIN/The Star

Both Malaysia and Thailand are parties to the Convention on International Trade in Endangered Species of Wild Fauna and Flora (CITES), of which the pangolin is listed as one of the wildlife that is affected by trade and threatened with extinction.

This article is produced by R.AGE in partnership with the Global Environmental Reporting Collective, a collaboration between journalists from seven different countries to map out the global pangolin trafficking trade.