"To reduce this alarming trend, employers could take the initiative to promote healthy habits in their respective organisation," he said.

"We give 10 points for workers who manage to bring their body mass index (BMI) to a healthy level.

"Employees who do not do well on the health scale, would not get a good bonus," he said.

Mohamad Azman said this, after announcing Socso's second Run and Ride 2019 programme, scheduled on April 28 in the run up to  Labour Day.

He hoped the event would attract at least 8,000 participants.

"This is our way of promoting a healthy lifestyle to reduce risks of non communicable diseases such as stroke, cancer, heart ailment and kidney failure," he said.

Socso health screening survey showed that 75% of respondents were overweight, 9% had diabetes, 27% had high blood pressure, and 62% had high cholesterol level.

Mohamad Azman said he had also adopted a healthy lifestyle, as he believed in walking the talk.

"I used to weigh 95kg. Although I had been exercising all the while, I did not take care of my diet then.

"Through regular exercise and keeping to a healthy diet, I managed to reduce my weight by more than 20 kg," he said. 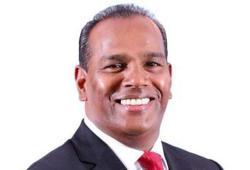 Covid-19: Bosses to get RM150 subsidy for screening of workers