He was being probed over a sum of RM1.4mil which was allegedly paid to Sarawak Report editor Clare Rewcastle Brown to settle a lawsuit between her and PAS president Datuk Seri Abdul Hadi Awang.

Rameli arrived at the MACC headquarters at 10am yesterday and left at around 3.30pm.

“I gave my statement to the investigators and submitted a document related to the RM1.4mil cheque,” Rameli told reporters without exp­laining further.

He added that he was unsure if he would be called up by the MACC again.

Last week, Rameli was named by PKR vice-president Rafizi Ramli as the owner of the bank account which paid RM1.4mil to Rewcastle Brown.

In 2017, Abdul Hadi sued Rew­castle Brown for libel in London over an August 2016 Sarawak Rep­ort article alleging that PAS had received RM90mil to guarantee its support for Umno and Barisan Nasional.

On Feb 1, Abdul Hadi and Rew­castle Brown agreed to an out-of-court settlement. 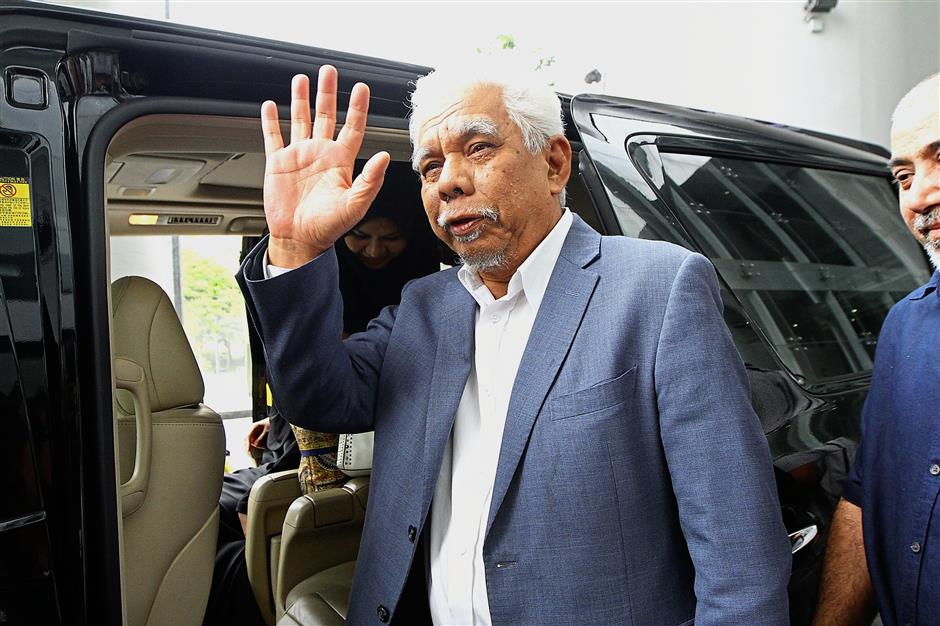 Making his exit: Rameli waving to reporters as he leaves the MACC headquarters in Putrajaya.

However, PAS vehemently denied that any money was paid to settle the case.

In a separate case, three members of a temple committee in Batu Caves have been remanded over an MACC probe into a Kuala Lumpur land deal.

One of the three is a senior member of the committee and carries the title Tan Sri.

Magistrate Nik Muizuddin Nik Muhammad allowed the three to be remanded for three days until March 7 to help the MACC with the investigations.

On Monday, MACC investigators raided the official’s house in Kota Damansara, where they checked some documents and two luxury cars parked at the residence.

The commission also searched the committee’s office in Batu Caves.

MACC sources had said the Tan Sri had been under investigation since last year.

It was reported that a Hindu religious association had called on the temple committee to come clean over the development of a parcel of land in Jalan Kuching here that belonged to the committee.

The association claimed to have received “complaints and shocking information” rela­ted to the land deal.