By ZAKIAH KOYA and YIMIE YONG 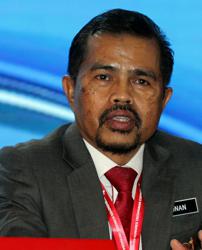 The move, which is intended to provide the staff a balance between working hours and family time, was announced in a circular issued by PSD director-general Datuk Seri Borhan Dolah.

The circular stated that the flexible working hours will be introduced in Kuala Lumpur and Putrajaya and all federal departments in Perlis, Perak, Selangor, Johor, Terengganu, Sabah and Sarawak.

“The pilot project will implement flexible office hours, during which the employee can arrive and return within a period of time, provided the period of one working day is fulfilled.

“We are introducing the pilot project at these departments first to see if it is effective and we will expand it to all other government agencies later,” stated Borhan in the circular.

The move is aimed at standardising the present four types of staggered working hours which were introduced by the PSD in 1998.

The circular on the new working hours stated that the civil servant can choose to come to work between 7.30am and 8.30am and leave between 4.30pm and 5.30pm on working days provided that the person has clocked in nine working hours.

The circular also said that the flexible working hours will be applied to all employees who work according to office hours.

The circular stated that the pilot project on flexible working hours is not applicable at schools or educational institutions and health facilities.

The flexible working hours are applicable only to those who work normal office hours at ministries and federal departments.

“The department heads have the prerogative to order any of his staff to come to office at the required hours,” said the circular.

Pregnant women and their husbands are allowed to go home an hour earlier as practised in the previous staggered working hour scheme.

“The introduction of flexible working hours for federal government employees is a positive step, which would help employees, both men and women, to better balance the demands of work and care-giving responsibilities,” she added.

She hoped this would spur private sector employers to offer flexible working hours for their workers.

Tan pointed out that the Human Resources Ministry has proposed amendments to the Employment Act, which includes the provision for flexible work arrangements.

“We hope these amendments will be passed and implemented accordingly,” said Tan.

Previously, the Women, Family and Community Development Ministry was the only ministry involved in a pilot project practising flexi working hours.

A former ministry officer said the project was much loved by its staff.

A civil servant, who lives in Petaling Jaya but works at Putrajaya, said although it is only an hour difference from normal working hours, the flexi hours mattered to her.

“I can wake up slightly later and I can skip the traffic jams. The jam around my office area will be less when everyone can come in at different times.

“I will be able to start work in a good mood too. I can work more effectively this way and not have to wake up so early and be stuck in traffic every morning,” said the civil servant who did not want to be identified.

The civil servant said currently, she needs to clock in at her office at 8.30am.

At times, she is not able to reach office on time and will be marked as late.

“I get my (attendance) record at the end of the month. Not clocking in on time makes me look bad, but in fact, it is because of the traffic jam.”