On the trail of a cruel trade in Sarawak

Endangered wildlife such as these owls and eagles are being trapped from the forests in Sarawak and ended up being sold in shops dealing with animals. These animals also ended up as trophies in the homes of rich and powerful people. - Starpic by Stephen Then

MIRI: The wildlife trade is a widespread business in Sarawak.

It leaves a trail of cruelty starting from the forests where animals are trapped and hunted, to the longhouses, and on to markets in cities and towns, to certain “pet shops”, and to the homes of certain rich and powerful people.

The Star found that these animals are trapped and/or hunted both as exotic food and to be kept as trophies for show.

The manner in which they are trapped and kept is cruel and inhumane.

Some of this rare wildlife, such as sun-bears and exotic birds, are in fact already endangered and are listed as protected under the law.

Telang Usan state assemblyman Dennis Ngau said the activities of trapping and hunting wildlife started off as a necessity in the past, but have now degenerated into abuse and a cruel trade.

“In the forests, there are some poor communities who needed to trap and hunt these wildlife for their survival.

“When other food sources are scarce, wildlife meat is the last resort.

“However, nowadays there are outsiders who go into the forests to trap and hunt wildlife to be sold in cities and towns. 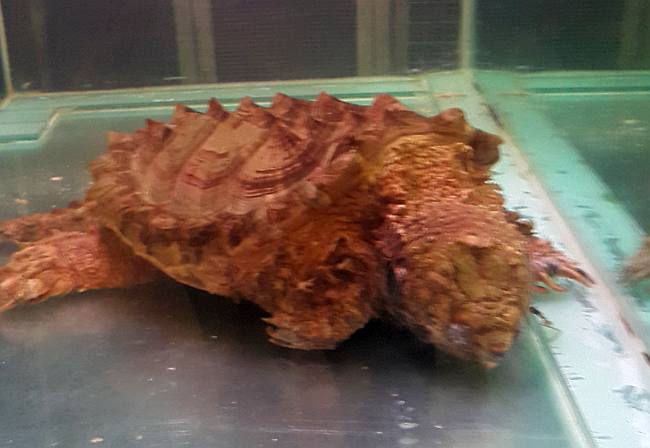 “These ‘enterprising people’ turn these wildlife into their products for business purposes. This is unacceptable,” he told The Star.

There has been talk that some of these “wildlife entrepreneurs” are selling exotic animals in certain so-called pet shops as well as certain shops that serve as slaughterhouses for customers with a taste for wildlife meat.

There is also talk that certain rich and influential people are keeping such live animals as trophies in their homes, even inside cities and towns.

The Star last week highlighted complaints about the sales of this wildlife in markets in the city of Miri.

There are also mobile vans dabbling in wildlife sales in Miri.

“I have spoken personally to the very top boss of Sarawak Forestry Corporation on the need for deterrents.

“There must be stringent measures at the grassroots levels to stop the smuggling of wildlife into cities and towns.

“There is a need to set up sentries to check products coming into the tamus (wet markets) in cities and towns.

“The forestry people need to station uniformed enforcement units in every tamu and market.

“These enforcement people must be strict in enforcing the laws against wildlife trading,” said Lee.

Sarawak Forestry Corporation and the Sarawak Forest Department are the two agencies involved in enforcing the law in this matter, while the Miri City Council is in charge of licences for trading in wildlife.