Anwar: Pakatan does not give money to win support

TANAH RATA (Bernama): Datuk Seri Anwar Ibrahim (pic) says that Pakatan Harapan does not use money politics when campaigning to get support.

The PKR president said that voters in Cameron Highlands must believe and be confident that the new government would channel allocations as soon as its candidate was given the mandate in the by-election.

"I thank you all for coming. I can only give my assurance, we won't give money when the election approaches, then disappear for five years.

"I did not give money when campaigning in the Port Dickson parliamentary by-election. As soon as I won, the ministers came down, projects came, mosques, surau, temples, including orang asli

villages, we give attention," he said in front of some 200 orang asli from the Pos Betau community here on Thursday (Jan 17).

Anwar then held a 15-minute closed dialogue session with orang asli village heads before resuming his schedule to meet the orang asli community at Pos Sinderut and holding a premier ceramah in Sungai Koyan.

Anwar also urged the orang asli at Pos Betau to have confidence in Manogaran.

"How long had the previous government ruled, look at the way of life of the orang asli. I don't say there is no change at all, but the change they had done was so little.

"Our responsibility - we don't want any more communities to be marginalised.

"As such, I urge my friends, this time we defeat Barisan and support Pakatan. I am confident he (Manogaran) will talk (about problems) on behalf of all the people," he said.

The by-election is being held after the Elections Court, on Nov 30, declared the victory of Datuk C. Sivarraajh from Barisan in the 14th general election for the parliamentary constituency null and void. - Bernama 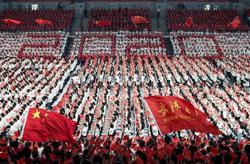