His older brother Datuk Abdul Latif was also hauled to the court for allegedly abetting him on two occasions.

Abdul Azeez, who is Baling MP, is accused of receiving RM1.2mil, RM2mil and RM2mil in three transactions from company director Mo­­ham­mad Redzuan Mohanan Ab­­dullah as a reward for himself in assisting Menuju Asas Sdn Bhd obtain government projects.

The projects, valued at RM842.2mil, involved upgrading and building of roadwork in Perak and Kedah.

The 53-year-old allegedly committed the offences at three different banks in Jalan Tun Perak and Pusat Bandar Puchong between Dec 8, 2010, and April 10, 2018.

He was charged under Section 16(a)(A) of the Malaysian Anti-Corruption Commission Act 2009, which carries a maximum jail term of up to 20 years and a fine of no less than five times the amount of gratification or RM10,000, whichever is higher, upon conviction.

Abdul Latif, 61, was charged with two counts of abetting him in two alleged transactions involving RM2mil and RM2mil.

Both pleaded not guilty to the charges before Sessions Court judge Azura Alwi.

At a separate court, Abdul Azeez was also slapped with nine counts of money laundering under Section 4(1)(b) of the Anti-Money Laun­dering Act, Anti-Terrorism Finan­cing Act and Proceeds of Unlawful Activities Act 2001.

If convicted, Abdul Azeez could be jailed up to 15 years and fined no less than five times the amount of the illegal proceeds or RM5mil, whichever is higher.

Abdul Azeez pleaded not guilty after the charges were read out before Sessions Court judge Rozina Ayob.

After recording the plea, Rozina then made an order to transfer the case to judge Azura’s court.

Lawyer Hisyam Teh Poh Teik, who represented the brothers, did not object.

Sri Ram also informed the court that the prosecution would apply to have the cases transferred to High Court and for a joint trial.

Judge Azura allowed bail at the amount proposed by the prosecution.

She also ordered for Abdul Aziz and Abdul Latif to surrender their passports to the court. 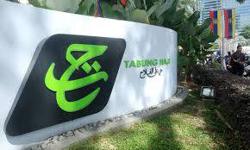