Socialists the world over

LIVING in a capitalist world means that one’s quality of life is usually determined by the wealth at one’s disposal.

Superficially, it can be argued that socialism is a more noble and inclusive ideology than capitalism, preaching values of sharing and community over individualism and profiteering.

Yet it’s much discredited, partly because of the fear the ruling classes have of the validity of certain core analyses, mainly due to the substantial number of evil dictatorships that acted in its name.

Certainly both systems have inherent flaws, meaning that we are constantly trying, and failing to improve upon them.

Socialism 2018, a forum organised by Parti Sosialis Malaysia saw a variety of people who have devoted their lives to goals of social justice.

Prabir Purkayastha is the research unit head of the Communist Party of India (Marxist), which currently heads the state government in Kerala, and has also led administrations in West Bengal and Tripura.

At 71, he has been a party member for nearly 50 years, first getting involved as a student in the late 1960s, and seeing Marxism as a way of combating India’s crippling poverty.

He admits that with the BJP federal government under Modi, the left wing in India is very much under pressure.

“Historically, the left in India punched well above its weight,” he says. “Secular ideals, social justice, workers rights – we had a strong impact beyond our numbers. But now politicians are using communal ideas with religion as trump card. And this appeals to those who are disillusioned with the system.”

Prabir lives in New Delhi, where the state government is led by the Aam Aadmi Party which rode to power on an anti-corruption platform. This is another political trend that is stealing the thunder of the traditional left-wing base.

There were even allegations of corruption against the CPI (M) during its 34 year rule in the state of West Bengal from 1977-2011.

“None of the public faces have ever been accused of corruption but at the level of running a government there is bound to be petty corruption. You don’t see the big corruption where you hand over assets on a large scale level and crony capitalism becomes policy. 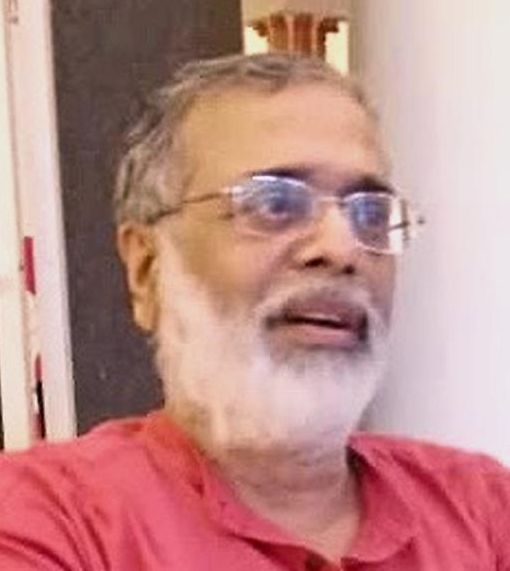 “In saying that, in 34 years of running a bourgeois government, the amount of work that the left can do becomes less and less effective. You can introduce some social benefits like land reforms but you eventually become protective of the order.”

Another problem in countries with strong left-wing parties is that they often split. In India, the main Communist Party split into two during the Sino-Soviet clash of the the 1960s and never reconciled despite serving alongside each other in many coalitions.

“It was a historial division,” says Prabir. “And today the CPI (M) is cadre-based, while the CPI is mass. So merging is not so easy.”

Indeed, Indian communism even has a strain of guerrilla movements known as Naxalites, peasants who took up arms.

“India has trade unions and a much larger democratic space than many Asian countries but there are still areas which are isolated.

“The Naxalite traction was limited to the tribal belt where millions were subjected to both extreme poverty and predatory capitalism,” he notes.

This scenario is far removed from what Sue Bolton faces in Australia. A councillor for the city of Moreland in the northern suburbs of Melbourne, she represents the Socialist Alliance and has been an activist for four decades.

“Australia is a wealthier capitalist country, so benefits do spill down to workers. At the same time there are a lot of attacks on our welfare safety net.

“It’s being deliberately shrunk, in the healthcare system for example, it’s clear that policies are undermining community health programmes,” she says.

While Australia had certain progressive Labor governments such as that of Ben Chifley in the post-World War II era, Bolton doesn’t classify the Australia Labor Party as a left-wing organisation and feels that there is quite a void in her country’s political sphere. 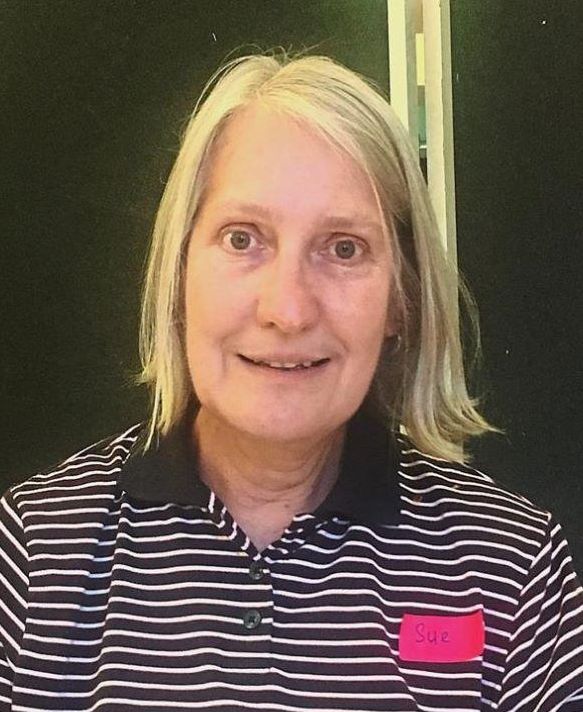 Bolton: The Australian left appeals to youth through anti-racism and green campaigns.

“The Socialist alliance is quite small, but one thing we have managed to do is bring the left together and organise probably the biggest socialist campaign in Australia for decades.”

She makes a difference at the local level, too.

“As a councillor, the main thing is Labor and Green councillors tend to rely on council mechanisms, whereas I tend to help local community members campaign for their rights.

“I think there is a non-party left among students. There has not been anything major but I wouldn’t say that organised left is entirely grey haired. There is competition for young people to be involved. Through trade unions and unfortunately the Labor Party and Greens as well. They think that the Greens are a lot more radical than they are. The Greens have become centrist and careerist with a limited approach.”

Bolton, who got her start in feminist and anti-nuclear campaigns in the early 1980s, says that the Australian left appeals to young people through anti-racism and environmental campaigns.

Perhaps nowhere in the world has a political shift been felt as Brazil. After four consecutive presidential wins for the Workers Party (PT) of Luiz Inacio Lula da Silva and Dilma Rousseff, which set the tone for a continental transformation, the movement has suffered some massive setbacks of late.

Not only was Rousseff impeached but the reactionary Jair Bolsonaro also won the recent election and was sworn in as Brazil’s new president on Tuesday, marking a serious shift to the right.

Bolsonaro even declared a crusade against left-wing ideology in his inauguration speech, vowing to push Brazil “to free itself of socialism” and “political correctness”, breaking with policies brought in under decades of leftist rule.

I asked Marco Fernande of Brazil’s Landless Workers Movement how such a thing had come to pass.

“Bolsonaro is not really the Trump of Brazil, he is more like Duterte. He has done nothing in the military and in Congress but arrived at the right time to represent many things that people want. People are tired of crime, have less job security, feel less confident about the future. And they turned to him.”

Fernande feels that the left wing government fell because of the corruption of PT’s coalition partners. Fernande: Bolsonaro arrived at the right time to represent many things that people want.

“The narrative created by media is that this is the biggest corruption scandal in history. It’s a big problem for the left because we fight against it our whole lives.

“Take the case of Lula. It’s clear his case is political to prevent him from running again. Specialists in law will tell you there is no proof but lots of allegations. And the judge who ruled against him is now a minister!”

Fernande feels Brazil has too many parties in Congress, with over 30 being represented, meaning that forming a stable consistent government is a real challenge.

Now 39, he considers himself a lifelong activist.

“I am part of the generation that started to do politics in mid-1990s, and fell into the project of overthrowing capitalism. We started with urban housing, because our movement is both ideological but also economic. It’s very hard to sustain life paying rent, and now I have a house that is covered by the struggle.

“Working class families usually never have a house. I was born into the lower middle class, my salvation was that we still have a good system of higher education under the public system.

“This made me the first person in my family who could use education to escape poverty,” says the Corinthians fan.

It’s sometimes difficult to understand how a poor person can support right-wing ideologies when socialism, in theory at least, is clearly more beneficial to the working class.

Why have so many turned to Bolsonaro, Trump and the like?

“A lot of it is to do with lack of capacity that the left has to communicate with people.

“It doesn’t have resources of media and struggles to win the battle of ideas. In many parts of the world, we are talking to ourselves and not communicating our project to convince people that it will bring better lives,” he says.

“In Brazil, PT was formed out of grassroots, unions, students, urban movements; the party arose from the ground based on cells. But in the early mid-1990s, the party took a decision, shifted its focus on campaigns.

“So it won in cities and states and became very big and won the presidency but at the same time, more detached from the life of the people.

“During the same period, who occupied role of new grassroots? It’s the church. The church can direct the poor to conservative thought. It’s not by chance, it is answering the deep demands of people.

“In Brazil, the most sold medicine is for anti-anxiety, the biggest cause of medical leave is depression.

“The church allows them to feel like community, give them self-expression. Pentecostal service is like a party ... and in the end, they hand over the presidency to Bolsonaro.”

Prabir says Malaysia is one of the relatively richer countries in Asia.

“To me, it’s not overly populated and remains potentially an even richer country. However, there was an ethnic divide that started with the British, and identity politics is still a problem to contend with,” he adds.

Bolton says that she is familiar with situations when people vote for a new government with lots of expectations.

“Just like in Australia, its worse when the Liberal Party is in government but you can get more cynical and disillusioned when Labor takes over and doesn’t make substantive changes.

“I hope the same situation doesn’t materialise here with the new government.”

Fernande says, “Our environments are different but there are some similarities.

“Right now, in a new technological age, the message of the left is struggling to be heard. We have to convince the masses that we should mobilise for all our benefits.” 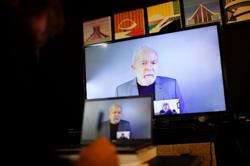 Exclusive: Brazil's Lula says he will back anyone who can take on Bolsonaro