M'sian-born immunologist made US National Academy of Inventors fellow

PETALING JAYA: A Malaysian-born immunologist has been elected as a fellow of the National Academy of Inventors (NAI) in the United States.

Dr Bernard Arulanandam was given the prestigious honour for his role in looking for new vaccines for infectious diseases.

Ipoh-born Dr. Arulanandam has been in the US for more than 25 years.

He is currently the interim vice president for Research, Economic Development and Knowledge Enterprise at the University of Texas at San Antonio (UTSA).

He said he was honoured and humbled to be included in the esteemed cadre of distinguished individuals.

“Research satisfies our curiosity and imagination and paves the way to tackle grand challenges. This nexus transcends generations and passes along information that gets further refined and expands our knowledge base,” he told The Star Online via email.

According to a news release by UTSA, Dr Arulanandam has since 2001 conducted research in vaccine development related to pathogens which, among others, cause the sexually transmitted disease chlamydia; pathogens which cause rabbit fever, and a pathogen that has seen an uptick in occurrence in injured soldiers in Iraq and Afghanistan.

Vaccines are considered  the best ways to prevent infections from happening in the first place.

UTSA also said Dr Arulanandam has published more than 100 peer-reviewed papers in microbiology and related fields and has received funding from numerous governmental and non-governmental agencies including the National Institutes of Health, the Department of Homeland Security and the Department of Defense (DOD).

He has served as the director of the UTSA South Texas Centre for Emerging Infectious Diseases (STCEID).

Dr Arulanandam was also instrumental in establishing the UTSA Centre of Excellence in Infection Genomics, a programme that supports microbiology research, teaching and outreach activities aligned with the priorities of the US Army.

To date, there are over 1,000 NAI Fellows who have generated more than 11,000 licensed technologies and companies, created more than 1.4 million jobs, and generated over US$190bil (RM785.9bil) in revenue.

The National Academy of Inventors is an industry organisation comprising US and international universities, and governmental and non-profit research institutes, with more than 4,000 individual inventor members and fellows spanning more than 250 institutions worldwide.

"Election to NAI Fellow status is the highest professional distinction accorded to academic inventors who have demonstrated a prolific spirit of innovation in creating or facilitating outstanding inventions," said a press release by NAI. 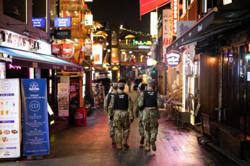 US military's South Korean civilian staff to go back to work 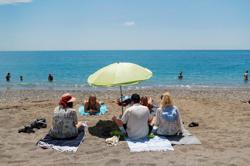 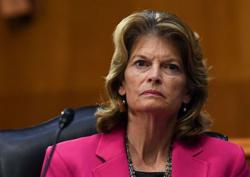 Republican senator Murkowski 'struggling' over whether to back Trump in election