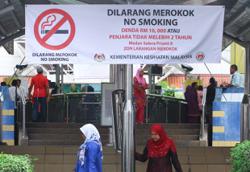 He said the ban was in line with the Control of Tobacco Product Regulations (Amendments) 2018 to protect the public from exposure to cigarette smoke.

He said the Health Ministry was committed to ensuring that the public, especially children, pregnant women and the elderly, were always protected from the dangers of smoke from cigarettes and other tobacco products.

“The public are urged not to smoke in all eateries, whether air-conditioned or not. This includes inside and outside the buildings where the eateries, restaurants and food courts are.

“The ban also covers food stalls and vehicles which provide tables and chairs for people to eat, as well as restaurants on ships and trains,” he said in a statement here on Monday (Dec 31).

Dr Noor Hisham also advised owners and operators of food premises to display smoking ban signage clearly and to take steps to make sure that nobody smokes by not providing facilities like ashtrays.

Anyone found guilty of the offence of smoking in banned areas can be fined up to RM10,000 or jailed up to two years under Regulation 11 of the Control of Tobacco Product Regulations 2004.

Premise or vehicle owners and operators who fail to display the smoking ban signage can be fined up to RM3,000 or jailed up to six months under Regulation 12 of the Control of Tobacco Product Regulations 2004.

For the offence of failing to ensure that nobody smokes and for providing smoking facilities, they can be fined up to RM5,000 or imprisoned up to one year. - Bernama 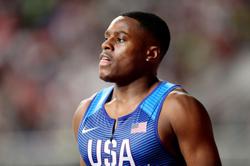