SEREMBAN: All government schools must now enforce a Code of Ethics for parents or guardians in their dealing with teachers to prevent any untoward incidents on their grounds.

Schools have been told to work with their Parent-Teacher Associa­tions (PTAs) to come up with a set of rules that should be adhered to by all outsiders on the premises.

Education Ministry deputy director-general Shaari Osman said the creation of such rules was necessary as teachers faced many challenges when dealing with parents or guardians.

“The code, which is to ensure the safety of those within the school including teachers, must be produced in collaboration and with the consent of the school’s PTA,” he said in a directive.

Such rules, said Shaari, must be dynamic and in line with the logistical and socio-economic needs, the belief system and the culture of the majority of the community surrounding the school.

The National Union of Teaching Profession (NUTP) had in March proposed the creation of such a code to “protect” teachers from parents and guardians.

It then forwarded the suggestions to the ministry, which had since fine tuned and endorsed these codes.

The then education minister Datuk Seri Mahdzir Khalid had said that he fully supported such a code, adding that this would prevent incidents of teachers being hauled to court by parents or guardians should a fight break out.

Shaari said that the code would, among others, list the dos and don’ts for parents as well as guardians when attending school events or meeting teachers.

“We are aware that it is important to get parents and guardians involved in the development of education.

“Since parents and outsiders are allowed to enter into the schools grounds, we need to have these rules in place in order to protect teachers as they would be exposed to many challenges and threats,” he said.

Thanking the ministry, NUTP president Kamarozaman Abd Razak said he hoped school heads would get the ball rolling on this.

“This is a very good piece of news for teachers.

“The creation of a code will be good for all, including students, parents and guardians,” he said, adding that the NUTP had been working on the proposal since 2016.

“We came up with a proposal after studying similar rules in schools in Canada, the United States, England and Australia.

“All we want is to ensure that there is a harmonious environment in our schools,” he said, adding that he had also met current Education Minister Dr Maszlee Malik on this. 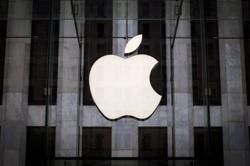 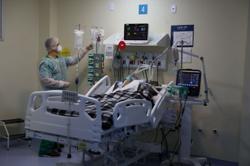