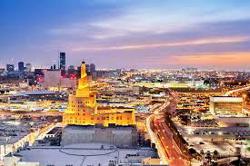 GEORGE TOWN: A Syariah Court of Appeal here dismissed an appeal to throw out a case involving 15 acres of wakaf (endowment) land purported to be worth more than RM300mil.

Mukhyuddin upheld the decision by the High Court to allow the case to go to trial, with the case management date set for Jan 9.

“The appeal made by Penang Islamic Religious Council (MAINPP) is rejected and the court proceedings at the Syariah High Court is to begin as soon as possible.

“The appellant is to pay cost as well,” he said at the Syariah Court in Jalan Batu Gantung on Friday.

In reading out his decision, Mukhyuddin said the Syariah Court was the ultimate authority in deciding if the land belonged to wakaf or the family and not the Fatwa Committee.

“A decision must be made under the Syariah Court,” he said.

The wakaf land belonged to Shaik Eusoff Shaik Latiff dating back to the 19th century.

The three plaintiffs, Shaik Eusoff’s grandchildren Syed Idross Syed Hassan Al Mashoor, Sheik Mohd Jelani Sheik Emam and Abdul Shukor PA Mohd Sultan, acting as trustees to his estate, have filed a suit to request MAINPP return the land to the beneficiaries as the 21 year deadline limit in the will for the wakaf has expired.

In the statement of claim, the plaintiffs said a wakaf with a limit of 21 years was invalid as wakaf land had to be given indefinitely with out clauses.

MAINPP filed an appeal to strike out the case in the High Court earlier this year which was dismissed on June 27.

MAINPP then filed an appeal on July 3. 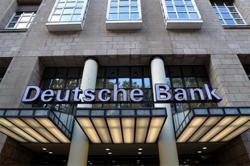