PETALING JAYA: Malaysia will start drafting a Climate Change Act, which is expected to take 24 to 30 months.

Once ready, it will be tabled in Parliament.

It will include a list of scenarios the country will face should global temperature rise by 2°C.

Energy, Science, Technology, Environment and Climate Change Minister, Yeo Bee Yin said they also aimed to complete and announce a national climate change adaptation and mitigation plan by the end of next year.

She said a climate change centre would also be set up by next year.

“Next year is going to be an exciting one for Malaysia’s climate change efforts,” she said.

Yeo, said adaptation measures on climate change were important for a small country like Malaysia but were overlooked by the previous administration.

“The government will start new initiatives in climate change adaptation.

“We’re working on the Climate Change Act which will take about 24 to 30 months before tabling it in Parliament.

“The Act is important so that we institutionalise climate change action in government as well as business processes,” she said.

Yeo said because climate change adaption planning needed to start with the right data, the ministry would be developing a comprehensive risk analytic simulating scenarios with a rise of 2°C.

“For example, how will it affect our shorelines, food chain, ecosystem and others when the global temperature increase by 2°C compared to pre-industrial level,” she said.

Yeo is currently in Katowice, Poland, for the 24th Conference of the Parties to the United Nations Framework Convention on Climate Change. 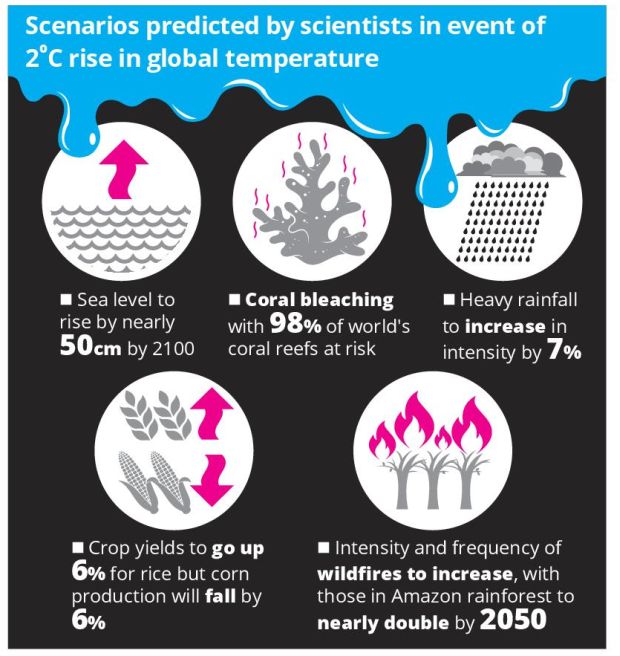 Although she did not give details about the Act, the Climate Change Act in Britain set legally binding targets to reduce carbon dioxide emissions in the country by at least 80% by 2050 from 1990 levels.

Negotiations are ongoing at the UN Climate Conference to hammer out a “work programme” or a “rule book” to implement commitments under the Paris Agreement, which is to limit the rise in the global average surface temperature to below 2°C above pre-industrial levels by the end of the century.

This year is the deadline for the rule book to be adopted.

Malaysia, said Yeo, needed to anticipate the negative effects of climate change and to take appropriate action in preventing or minimising the damage.

“Because of this, our infrastructure and building codes must be adapted to meet unpredictable weather conditions,” she said, adding that Malaysia also needed to optimise its scarce water sources, examine risks related with the country’s ecosystem and evaluate and manage its health and food systems.