KUALA LUMPUR: MIC vice president Datuk C. Sivarraajh was ordered to leave the Dewan Rakyat by the Speaker pending proof that he has filed an appeal against the recent Election Court's decision to nullify his victory for the Cameron Highlands constituency due to bribery.

Speaker Datuk Mohamad Ariff Md Yusof made the ruling after the matter was raised by RSN Rayer if Sivarraajh had obtained a stay order against the High Court (Appellate and Special Powers) decision last Friday (Nov 30).

"Cameron Highlands, do you have a stay order or not and is the (Court's) decision subject to such a stay order," asked Mohamad Ariff.

To this, Sivarraajh claimed that in the Court's judgement, there was no links to bribery.

It was earlier reported that the Election Court had nullified Barisan Nasional's victory in the Cameron Highlands parliamentary seat in GE14 after finding elements of corruption. This paves the way for a by-election.

High Court (Appellate and Special Powers) judge Justice Azizah Nawawi said DAP's M. Manogaran, who is the petitioner, had established "beyond reasonable doubt" that bribery was proven during the election.

Sivarraajh told the Speaker that he has 14 days to appeal the Court's decision.

"What I don't understand is we have a Finance Minister who has been charged and is (now) a Minister," said Sivarraajh.

To this, Mohamad Ariff sternly said he needed to decide on the matter.

"Do you have a stay order or not. You better see a legal expert to decide on your appeal. Otherwise, you're a stranger in this House," said the Speaker.

To this, Sivarraajh said he will meet his lawyers, get clarification and meet the Speaker after that.

However Mohamad Ariff said he needed to make a ruling as it will set a precedent.

"Please leave the House, get the stay order, and send the copy to the Speaker's office," said Mohamad Ariff. 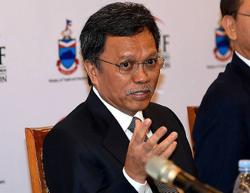 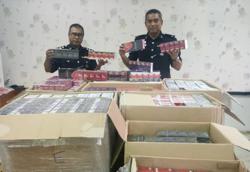