KUALA LUMPUR: A babysitter’s husband was jailed 20 years and ordered to be whipped 12 times for inserting his finger into the private parts of baby Nur Muazara Ulfa Muhammad Zainal.

She ordered the sentences to run concurrently from the day Hazmi was arrested on Nov 13.

The offences were committed at a unit in Apartment Sri Cempaka, Section 16, Bandar Baru Bangi between 10.30am and 1.30pm on Nov 7.

Hazmi was charged under Section 377CA of the Penal Code which carries a maximum 30 years’ jail and whipping upon conviction.

Earlier, deputy public prosecutor Siti Noor Hafizan Zakaria pressed for a deterrent sentence, saying it involved an 11-month-old baby who was helpless and could not defend herself.

She said the accused, as the husband of the babysitter, should also take care of the baby, not exploit her.

In mitigation, Hazmi said he was the sole breadwinner and needed to support his wife and three children.

On Friday, Hazmi was charged with murdering Nur Muazara Ulfa under Section 302 of the Penal Code which carries the death sentence upon conviction.

No plea was recorded, and bail was not offered.

It was reported that Nur Muazara Ulfa died on Nov 9 after spending two days at Serdang Hospital in critical condition, believed to be due to physical and sexual abuse by the babysitter’s husband. 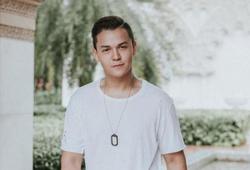 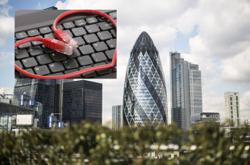