Store has a ‘Jholly’ time with parody gimmick

PETALING JAYA: ’Tis the season to be jolly, so much so that even the 1MDB scandal is parodied with the tagline “Jholly Season”.

Apom Store, a shop selling products that showcases the quirky side of Malaysian culture, has released a line of “Jholly” Christmas gifts featuring a mascot with a resemblance to fugitive businessman Jho Low, the central figure in the 1MDB case.

Depicting a bespectacled, rotund man on the run, pictures of the items have gone viral on social media. The pictures were taken by Peter Yeoh and posted on the Penang Walkabouts Facebook page. For more, go here. Naughty Santa: The life-sized ‘mascot’ greeting customers at the entrance to Apom Store in Bangsar, and the Christmas card (below).

“This is not a political message. We just want people to find humour in a very serious issue,” Apom founder Kelvin Long said.

The campaign, he said, was aimed at getting Malaysians to laugh amidst a contentious political climate.

There are T-shirts featuring messages such as “Lari, Party, Jholly, Repeat”.

And since it will be Christmas soon, a red and white mug says “Jho! Jho! Jho! Tis the season of giving ... back”.

Another message on a mug proclaims: “Drink it like you stole it.”

There is also a Jho Low-inspired festive greeting that reads: “Wishing You A Billion Dollar Christmas!”

“Finding Jholly” is an illustrated game where readers have to spot the mascot dressed in a black-and-white striped prison garb. 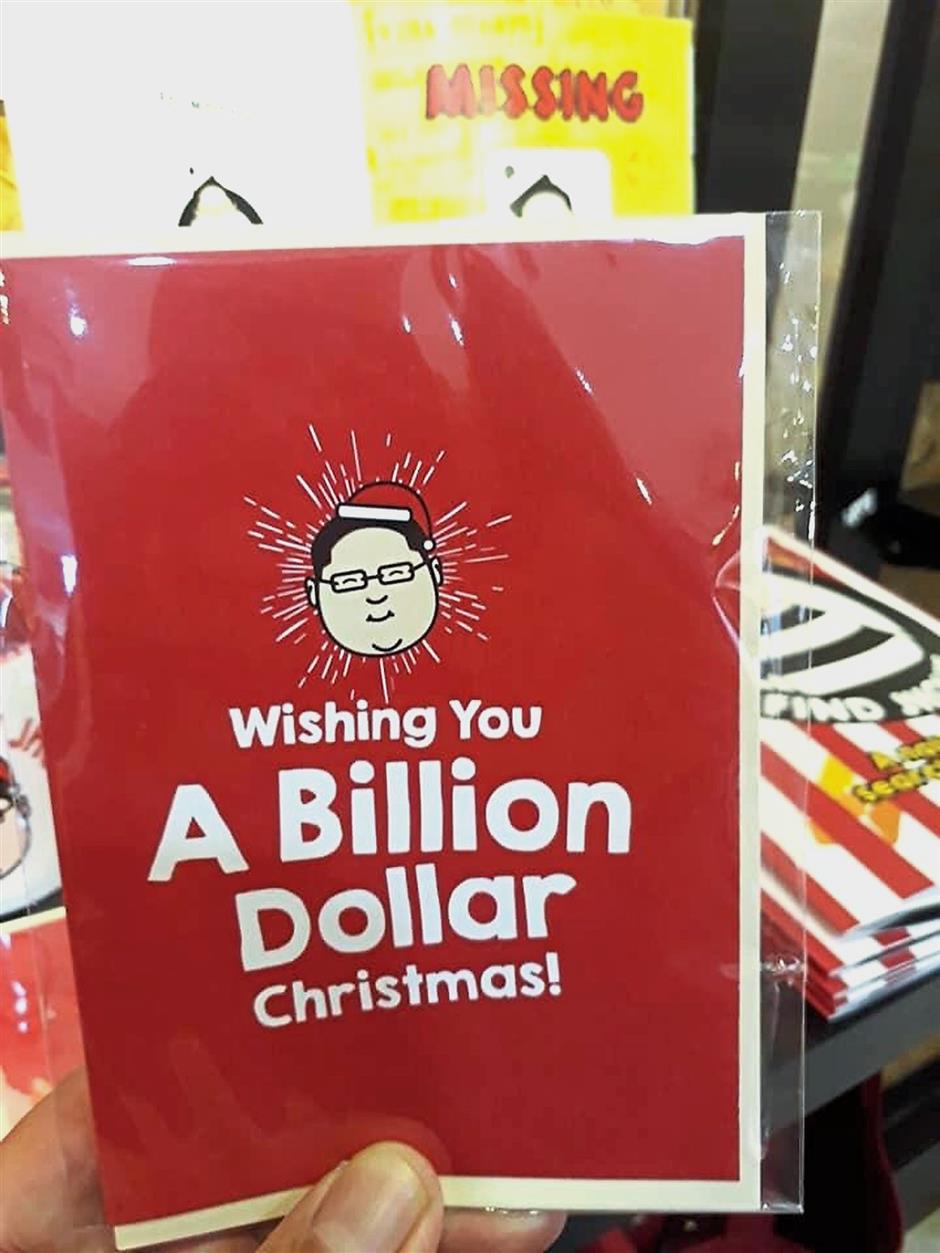