Film Censorship Board can come under Communications Ministry, says Gobind

KUALA LUMPUR: The Communications and Multimedia Ministry has no qualms about having the Film Censorship Board of Malaysia (LPF) come under its jurisdiction.

Its minister Gobind Singh Deo said he is prepared to speak to Home Minister Tan Sri Muhyiddin Yassin about it.

"I have been asked this question before (and) I have no problems with it as it is relevant to my Ministry because we deal with the National Film Development of Malaysia (Finas)," he said at a press conference after officiating at the Digital Transformation Forum here on Tuesday (Nov 13).

He said he knew of reasons why LPF would be parked under the Home Ministry but did not want to elaborate.

LPF is responsible for vetting films before it reaches the Malaysian audience.

It has come under public criticism before, most recently for removing scenes it deemed controversial from "Bohemian Rhapsody", a biopic of Queen lead singer Freddie Mercury.

It also came under fire last year when it attempted to cut a scene in Disney's live action film "Beauty and The Beast".

The movie courted controversy when director Bill Condon said the character of LeFou, played by Josh Gad, would have a “nice exclusively gay moment” in the film.

Following public outcry and criticism from a Cabinet minister, the board relented and the movie was shown in its entirety. 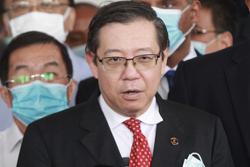 Guan Eng: I will fight the charge and prove my innocence 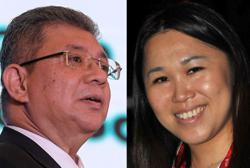