Forced to live in risky conditions

Dire straits: An ethnic Chin farmhand in Cameron Highlands resorting to spending nights in a makeshift tent in the jungle to avoid being detained in Immigration raids.

CAMERON HIGHLANDS: Hundreds of ethnic Chin refugees and asylum seekers here are forced to work illegally and live in dangerous conditions, with some families resorting to spending nights in the jungle just to avoid immigration raids.

In the latest episode of R.AGE’s Refugees No More documentary series, the team interviewed a community of Chin refugees in Cameron Highlands who were unable to renew their UNHCR cards, essentially stripping them of refugee protection.

They mainly work in farms and live in wooden structures provided by farm owners, each housing three or four families.

However, many also sleep in makeshift bamboo shelters in the jungle to avoid being arrested and detained for being undocumented, now that they no longer have UNHCR cards.

“I come here almost every night at 8pm or 9pm. Even when there is no operation here, I still have to hide when there are raids in other places,” said one male Chin refugee man who works as a farmhand.

On Oct 14, three Myanmar Chins were killed in Cameron Highlands when heavy rain caused a landslide which struck their makeshift shelter at the bottom of a hill.

Another ethnic Chin interviewed by R.AGE detailed how he escaped Myanmar due to forced labour, and paid an agent RM4,000 to bring him and his wife to Malaysia in 2011.

In October 2016, he was told that his request to renew his UNHCR card was not accepted as it was safe to return to Myanmar.

“Without a UN card, we are not accepted by hospital clinics and we fear arrest. It is also not easy to get a job without the card,” he added.

Many farms in Cameron Highlands employ Chin refugees, many of whom fled to Malaysia to escape conflict and religious persecution in their homeland.

“We need to look at refugees as value added, and not as a problem to the country,” said Klang MP Charles Santiago. 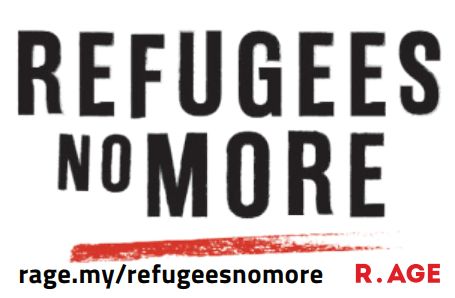 “I don’t see why we cannot tap the knowledge and skills of (migrants) who are actually experts in their own fields, and the only reason they are here is because they are facing persecution in their countries.”

On June 13, UNHCR announced that it was ending refugee protection for the Chin community by Dec 31, 2019. But many in the community say their UNHCR cards are already being withdrawn.

The new policy affects about 30,000 Chin refugee and asylum seekers in Malaysia, many of whom fear to return to Myanmar where there are still reports of violence and conflict.

They will be considered illegal immigrants if they stay here beyond Dec 31, 2019.

UNHCR representative for Malaysia Richard Towle said the solution would be for the Malaysian government to give refugees the right to work, saying this would make a huge difference “to the quality of their lives”.

“Refugees are not legally allowed to work, so they break the law working even with the UNHCR card,” said Towle.

“That’s why we think it’s good to change how refugees are legally treated.”

Towle was speaking at a town hall discussion with the Chin community organised by R.AGE, where the Immigration Department was also on hand to hear the community’s concerns.

“Like everyone in this hall, I’m also excited to see what the new government will do,” said Immigration operation (enforcement) director Saravana Kumar Marimuthu when asked about Pakatan Harapan’s election manifesto’s pledge to give refugees the right to work.

“(The previous government) started a pilot project to give work to Rohingya refugees, and now we will look at it for other ethnic communities, too,” said Saravana.