Noor: Anita Sarawak does not have cancer 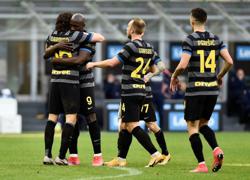 POPULAR songstress Anita Sarawak does not have cancer, said her younger sister.

“Allegations that she has been divorced, is sick and suffering from hair loss are not true,” said Noorkumalasari, who is an accom­plished actress in her own right.

Harian Metro repor­ted that she made the comments after receiving a lifetime special achievement award at the 31st Anu­gerah Bintang Popular Berita Harian award show at the Putra­jaya Inter­national Con­ven­tion Centre on Sun­day.

Noor, as she is fondly known, said she got to know of Anita’s recent update from their elder sister.

“She does not call me because she knew that people will approach me.

“Our elder sister had a conversation with her and her husband,” she said, adding that Anita and her husband were now doing property business in the United States, where they have been living.

“They don’t live in Las Vegas anymore. From what I was told, they travel from one place to another.

“Maybe their life there is easier as they don’t have much privacy over here in Malaysia.”

> The daily also reported that father-in-law hopeful Azizul Mohd Sohor, 55, lost RM12,416 in savings after the caterer of his son’s wedding reception absconded.

Azizul, from Nilai, Negri Sem­bilan, said that he had paid the full amount for food, canopies, tables, chairs, sound systems and photographers with a company in July for his son’s wedding on Oct 6.

“A day before the reception, the canopy provider called, saying he had not been paid and refused to install the canopies.

“I called up the company and a staff promised to return my call after checking with her superior. But she never did,” he said.

Azizul was forced to fork out another RM9,000 to hire another caterer at the eleventh hour to make sure his son’s reception went on as planned.

He has lodged a police report.