It was one of the three top posts that were won uncontested after nominations for the state party election, scheduled for Sept 23, closed on Sunday.

The posts of state Wanita and Youth chiefs also did not see a contest. They were won respectively by fresh faces Peilin Ooi, 44, and Teo Yin Horng, 36.

Both used to be the secretary of their respective wings. They took over from the acting wing chiefs Hartini Tan Abdullah and Jason Loo.

Oh said they would launch a membership recruitment drive.

“All our leaders will go down to the grassroots to meet the people and NGOs to understand them better and be the voice of the people.

“The branches are recruiting new members, regardless of race, as we want youngsters to lead in Gerakan.

“We want to build a new integrated and united Gerakan,” he said.

Oh said with Gerakan becoming an independent party after leaving Barisan Nasional in June, it could express itself freely without having to consider the interests of its coalition partners.

On the resignation of Datuk Seri Mah Siew Keong as Gerakan pre­sident, Baljit noted that Mah did not find excuses to stay on after saying that he would not seek re-election if Gerakan did worse than in GE13.

“He tried his best for us and for the people.

“Mah feels it is high time we got a new image and moved forward.

“All of us will miss him but I am sure if we need him, he will come back to advise us,” he said.

Gerakan lost all 11 parliamentary and 31 state seats it contested in GE14.

In GE13, the party won one parliamentary and three state seats.

In 2014, Mah won the Teluk Intan parliamentary seat in a by-election. 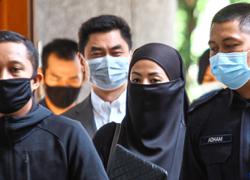 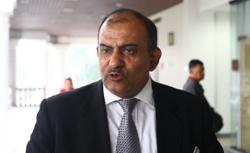 Lawyers welcome move to fine MCO violators rather than jailing them