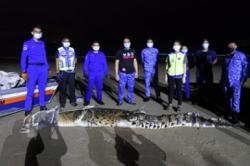 KOTA KINABALU: The hunt is on for a kidnap-for-ransom group who are believed to have abducted three Indonesian fishermen in waters off Semporna during curfew hours at about 1am Tuesday (Sept 11).

It was earlier reported that two crewmen were feared kidnapped.

According to Sabah acting police chief Datuk Omar Mammah, the three victims and another man were on a fishing vessel and had just docked at the Pulau Gaya jetty in Semporna.

It is learnt that at about 1am, one of the crewmen heard the engine sound of an approaching pump boat and suddenly, the power supply at their vessel were cut off.

"One of the fishermen, who is a local, went to hide in a compartment in front of the boat. He saw two masked armed men with dark clothing coming on board," Omar said.

He said the suspects spoke in the Suluk dialect (most likely Filipinos).

Omar said the local man eventually came out from hiding and alerted the police about the incident at about 2am.

The fisherman's friends were nowhere to be found then.

"We have taken a statement from this local man and are investigating," Omar said, adding that the police have yet to be informed of any ransom calls in connection to this incident.

He said based on initial probe, the masked kidnappers were believed to have carried M16 rifles but have yet to identify the type of boat used for their escape.

"We are also investigating whether the suspects belong to the Abu Sayyaf group," he said.

This would be the first kidnapping incident in almost two years.

Sabah's 6pm to 6am sea curfew, first imposed four years ago, was extended to Sept 13 and covers areas up to three nautical miles off Tawau, Semporna, Kunak, Lahad Datu, Kinabatangan, Sandakan and Beluran. 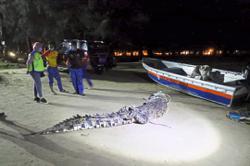