Shalesh scores big with the disabled

Fun on the pitch: Shalesh going through the paces with visually impaired children during his coaching session.

PETALING JAYA: He may not be singled out as “Man of the Match” but Sunny Shalesh certainly scored big when he made it his goal in life to be a disability football coach.

The 48-year-old’s passion for the disabled community was shaped by his relationship with his younger brother, who was physically and mentally challenged.

“My brother got excited whenever I came back from school and threw a ball at him.

“He would kick it back and scream in joy as if urging me to teach him how to play,” he said.

The football instructor said he made the link between sports and the disabled community when his wife, who is a special needs teacher, expressed her wish to see her intellectually disabled students play football just like any other child. 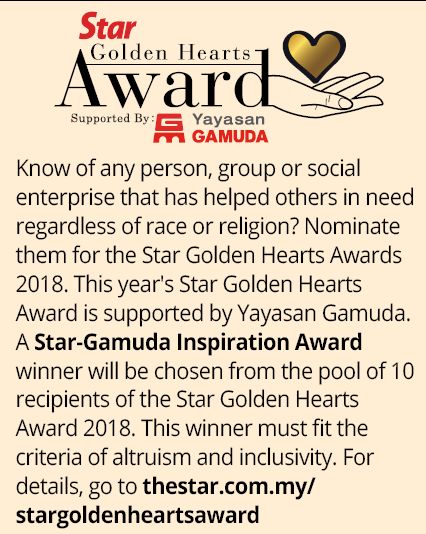 “I then realised there isn’t any structured plans for disability football in Malaysia, so I started the Pan-Disability Football Club and coached children with intellectual disabilities and cerebral palsy for free,” he said.

The father of three left his job as an operations manager at a home improvement retail company in 2003 and joined his wife at the IMC Training Centre for People with Disabilities.

“In 2009, I attended a disability football coaching course organised by the Asian Football Confederation with instructors from the England Football Association,” he said.

That same year, his coaching career truly kicked off when the Malaysian Blind Sports Association came looking for someone to champion and develop blind football.

He had to coach the largely inexperienced Malaysian national blind football team who participated in the Blind Football World Cham­­pionships in Tokyo.

“We got thrashed by other countries but that was the turning point.

“I told the team that we can play too and I will develop the sport for all blind people in Malaysia,” he said.

Shalesh also went on to develop programmes to coach football for eight types of disability, which includes those who are deaf, amputees or who have dwarfism.

Lack of funds proved to be a hurdle, he said, though it helped when CIMB Foundation offered to sponsor the eight disability football coaching programmes in 2014.

The winning moment finally came in 2015 when the Malaysian team brought home the gold at the Asean Para Games in Singapore, defeating defending champions Thailand.

Despite the victory, Shalesh said more could be done to support both the national team and disability football in general.

“We may be a national team but we don’t even have a field to call home. It is our dream to have our own dedicated training facility,” he said.

Shalesh has no regrets, however, saying that he uses football as a way to promote inclusion of the disabled community.

“I have joy and satisfaction in offering opportunities to so many disabled children and adults, who never thought they would be in a national disabled football team,” he said.