Sept 2 – the day the music dies at Rock Corner

Last dance: The Rock Corner at The Gardens mall in Kuala Lumpur. The music store chain will close its last outlet on Sept 2.

KUALA LUMPUR: The idea of spending hours in a music mega-store will soon be a distant memory.

Rock Corner at The Gardens Mall here is the last remaining major record store and it will close down on Sept 2.

“It will be a sad day for music fans,” said Frankie Eng, 60, the co-founder and co-owner of the Rock Corner music store chain.

“So many factors have worked against us in recent years – declining physical music sales, the high rental and nearly all the major music labels concentrating on streaming,” he said.

The 185sq m Rock Corner The Gardens is the chain’s flagship store. It opened in 2007 with an inventory of 10,000 CDs, alongside racks of DVDs/Blu-rays, LPs, music-related merchandise and a concert ticketing outlet.

Eng recalled that as a music shop, the Rock Corner story started with a small outlet at the Kota Raya shopping complex in 1990. An expansion plan in the late 1990s saw it operating nine stores in the Klang Valley, including Mid Valley Megamall and Suria KLCC.

“We lost KLCC and Mid Valley a few years ago. But we consolidated, kept the business running and even added vinyl to the racks.

“However, the writing was on the wall when we closed down three Rock Corner stores (The Curve, Bangsar Village and Subang Parade) last year,” said Eng.

Bob Gomes, Rock Corner The Gardens’ patron, agreed that sales had dipped significantly for CDs and the vinyl format was still a niche concern. However, he said there was a loyal following willing to pay for physical music.

“You can get it online. But some people still prefer walking into a music store and browsing,” said Gomes, who has 22 years of experience in retail music. 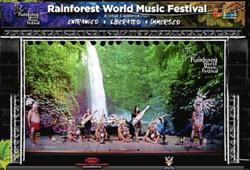