Rep: Too many Malaysians working in Singapore

ISKANDAR PUTERI: A Pakatan Harapan assemblyman has claimed that the high number of Malaysians working in Singapore will create problems for Johor if left unchecked by the authorities.

He said the weakened ringgit since 2016 was one of the major factors that had driven Malaysians to find employment in the republic.

“The number of Malaysians shuttling between Johor and Singapore for work every day had once been recorded to reach 400,000.

“The sudden and uncontrolled increase in workers to Singapore will create many transit workers and contribute problems to social development, economy and culture of the state,” he said in his debate during the Johor state assembly sitting yesterday.

Johor Baru, he said, was a gateway between Malaysia and Singa­pore that had become a catalyst for economic growth for the state.

“It is not fair when tourists here see homeless people as a result of people working in Singapore,” he added.

Mohd Izhar said he had gone to the ground in Johor Baru to check on the situation.

“Of the 100 homeless people I met, about half of them had jobs. They were just making use of public spaces as a place to stay.

“About 30% of them faced housing problems while the remaining 20% were those with emotional and drug abuse issues,” he said.

Mohd Izhar called for a detailed study on the latest data and action be taken by the state government to address the issue to ensure the well-­being of Johoreans. 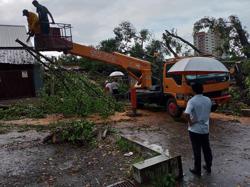