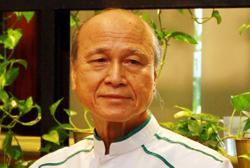 “Based on the National Health and Morbidity Survey 2015 by the ministry, the prevalence of mental health issues among adults above 16 years old is 29.2% or 4.2 million Malaysians,” he said in a written reply to Nurul Izzah Anwar (PH-Permatang Pauh).

He also said 2.1 million women had some form of mental health issues.

“However, the percentage refers to those with mental health problems and not mental illness,” Dr Dzulkefly noted.

He said 57,570 women had sought treatment for mental illness at government hospitals between 2010 and 2017.

He said 958 government clinics nationwide were involved with screening and intervention programmes.

Dr Dzulkefly said the expectant mothers were also screened to determine if they required treatment to prevent post-partum depression.

He said measures such as increasing the duration of paid maternity leave from 300 days to 360 days were implemented to help lessen stress of mothers.

“The ministry is also urging the private sector to provide lactation rooms and daycare facilities for employees with new born babies,” he said.

For the youths, Dr Zulkefly said Program Minda Sihat Sekolah or Healthy Mental Health for Schools was implemented since 2014.

He said students with mental health issues were referred to health facilities for treatment after obtaining parental consent.

His ministry also worked closely with The Befrienders to provide counselling to those with emotional problems, depression or have suicidal thoughts.