Zahid: I did not profit from trafficking Nepali migrants

KUALA LUMPUR: Datuk Seri Dr Ahmad Zahid Hamidi (pic) says he is not afraid if anti-corruption officers investigate him over allegations that his family members profited from the trafficking of Nepali migrant workers.

“I am not afraid and ready to be investigated,” said the former deputy prime minister.

“I am ready to be shown evidence that I was said to have been involved or had abused my power or that any of my family members were involved,” he told reporters at Parliament lobby yesterday.

Dr Ahmad Zahid was responding to a news report by Nepali Times which claimed that “high-level politicians in Nepal and former Malaysian officials and their family members were involved in looting more than RM185mil (Rs5bil) over the past five years from vulnerable Nepali migrant workers desperate to seek work in Malaysia”.

The report stated that Dr Ahmad Zahid, who was the former home minister, had allegedly outsourced this to a private company,

That company made it such that Nepali migrant workers were required to apply for work visas through a Katmandu-based affiliate firm. 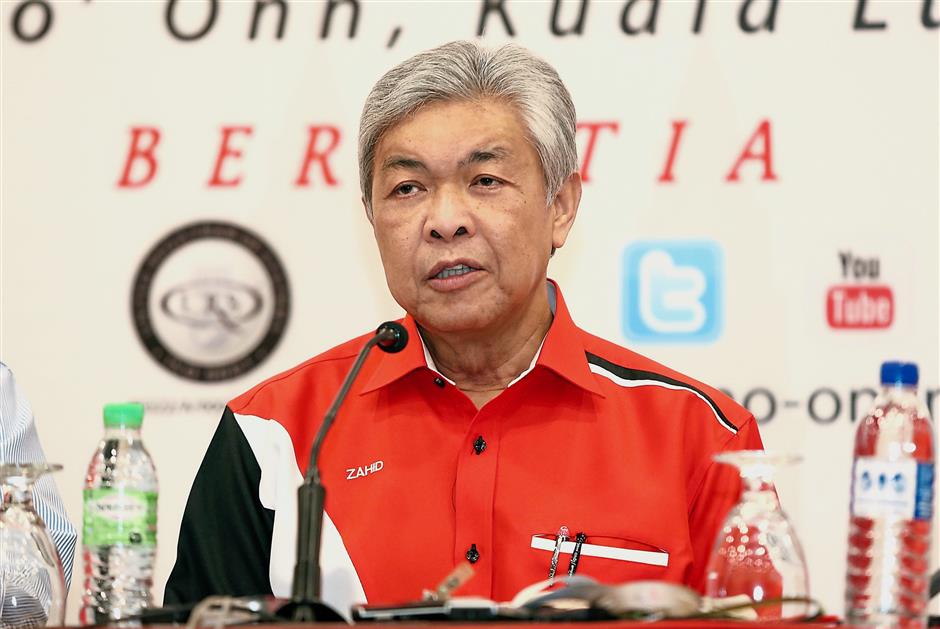 Asked on his family’s links to the company, Dr Ahmad Zahid said that none of his sisters or family members were involved.

“I am not involved and it’s not mine. It belongs to a Bangladeshi,” he said.

He also denied having a brother-in-law by the name of Amin Abdul Nor or having any shares in the third company, adding that it was in business before he assumed the post of home minister.

Deputy Human Resource Minister Datuk Mahfuz Omar said the issue was linked to the Home Ministry and not his.

“It involved the use of biometrics for foreign workers, which is under the Home Ministry,” he said at Parliament House yesterday.

“If the foreign news report is true, then this is tantamount to a modern form of slavery,” said the former MTUC acting president.

Batu Kawan MP Kasthuri Patto said the Home Ministry should investigate the issue, saying that foreign workers should not be exploited.