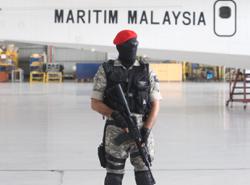 MIRI: More than 500 natives protested in the streets of Bintulu town on Saturday (July 14) morning against the Sarawak Land Code Amendment that was passed on July 12 by the Sarawak State Assembly.

Among the organisers of the Bintulu protest are the Dayak National Congress, the Persatuan Dayak Anak Sarawak, Society for Rights of Indigenous Peoples of Sarawak (SCRIPS) and Orang Asal Bintulu, Niah, Tatau and others.

SCRIPS secretary-general Michael Jok said the street protest in Bintulu is the second one after Miri.

"We have already warned the politicians that the Bill must not be approved as it will erode the rights of the natives with regards to their control over the use of our communal territories Pemakai Menoa and Pulau Galau.

"There was already a street protest in Miri over this matter.

"And yet the State Assembly passed the Bill. Even though Deputy Chief Minister Datuk Dougglas Ungah did some slight amendments to the Bill, still we natives cannot accept the Bill.

"This is because the Bill being passed into law will require every native settlements to apply to the State Land and Survey director in order for us to get government recognition of our communal territorial land Pemakai Menuai and Pulau Galau.

"Our control over the Pemakai Menuai and Pulau Galau have been recognised even by the colonial British rulers.

"Now, we have been placed under the control of the State Land and Survey director.

"We have to apply to the director for the right to use our very own territorial communal land.

"We are effectively being categorised as squatters in the communal land we inherited from our ancestors.

"This is an act of gross injustice. We will go to the streets to protest starting in Bintulu tomorrow (July 14) and then in other places too," Jok said.

He said the natives social groups are angry that the Bill was rushed through and turned into law.

"We natives have not been properly consulted by the state leaders over the details of this Bill," he said.

On July 7, about 200 natives from more than 20 native social-rights groups staged a street protest in Miri city.

Armed with banners and posters they said a "big no" to the proposed move by the Sarawak state government to table a Bill to amend the Sarawak Land Code.

They walked the streets of the city centre and shouted slogans against the proposed amendments. 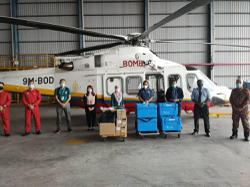