UNHCR: Allow refugees to stay and work in Malaysia 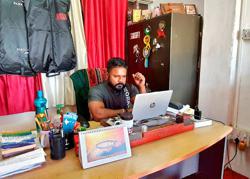 UNHCR representative Richard Towle said that this could be done even without ratifying international protocols that recognise refugees.

“If you know who the refugees are, then you can manage law and order and security issues better. Employers definitely need the kind of labour that refugees can provide,” he told reporters on Monday (June 25) on the sidelines of a forum that was held in conjunction with World Refugee Day.

In its manifesto, Pakatan said that it would ratify the 1951 International Convention on refugees so that refugees who escape from war-torn countries and arrive in Malaysia are given proper assistance.

Towle said that while this would be a marvellous aspiration, it could be done on a longer term.

"The most important thing is to regularise the rights of refugees, right here, right now, through executive orders and minor amendment to regulations," he said.

"There are many important practical things that can be done now without signing the convention," he added.

He said the fact that Malaysia has not signed the convention did not mean that the country has no responsibilities over the issue.

"Let's make sure that regulations are tidied up first and then having done that, if Malaysia feels comfortable about signing the convention, we would be delighted and support it," he said.

When asked if UNHCR officials would be meeting with the new government to discuss refugee issues, Towle said that they were hoping to meet the relevant ministries as soon as possible.

He said they would be meeting a minister on Monday and that the Home Ministry had indicated its interest in meeting UNHCR.

As of May this year, there are some 157,580 refugees and asylum seekers registered with UNHCR in Malaysia, and of the figure, 72,490 or 46%, are Rohingya refugees.