PETALING JAYA: A team of young Malaysian journalists is taking ad­­van­­tage of an international award win to lobby the new Government for further action against student trafficking.

The investigations exposed a network of traffickers that used bogus colleges in Malaysia to cheat thousands of Bangladeshi college applicants of RM20,000 to RM25,000 for a fake degree course, move them over to Malaysia, and then exploit them for cheap labour.

“We would like to take this opportunity to remind everyone, including the Government, that there are countless student trafficking victims still trapped in conditions akin to modern-day slavery, right here in our own backyard,” said R.AGE deputy executive producer Elroi Yee, who led the Student/Trafficked investigations.

R.AGE previously lobbied the Home Ministry and the then Higher Education Ministry to clamp down on the trafficking syndicates, providing evidence and data to support the enforcement agencies’ efforts. 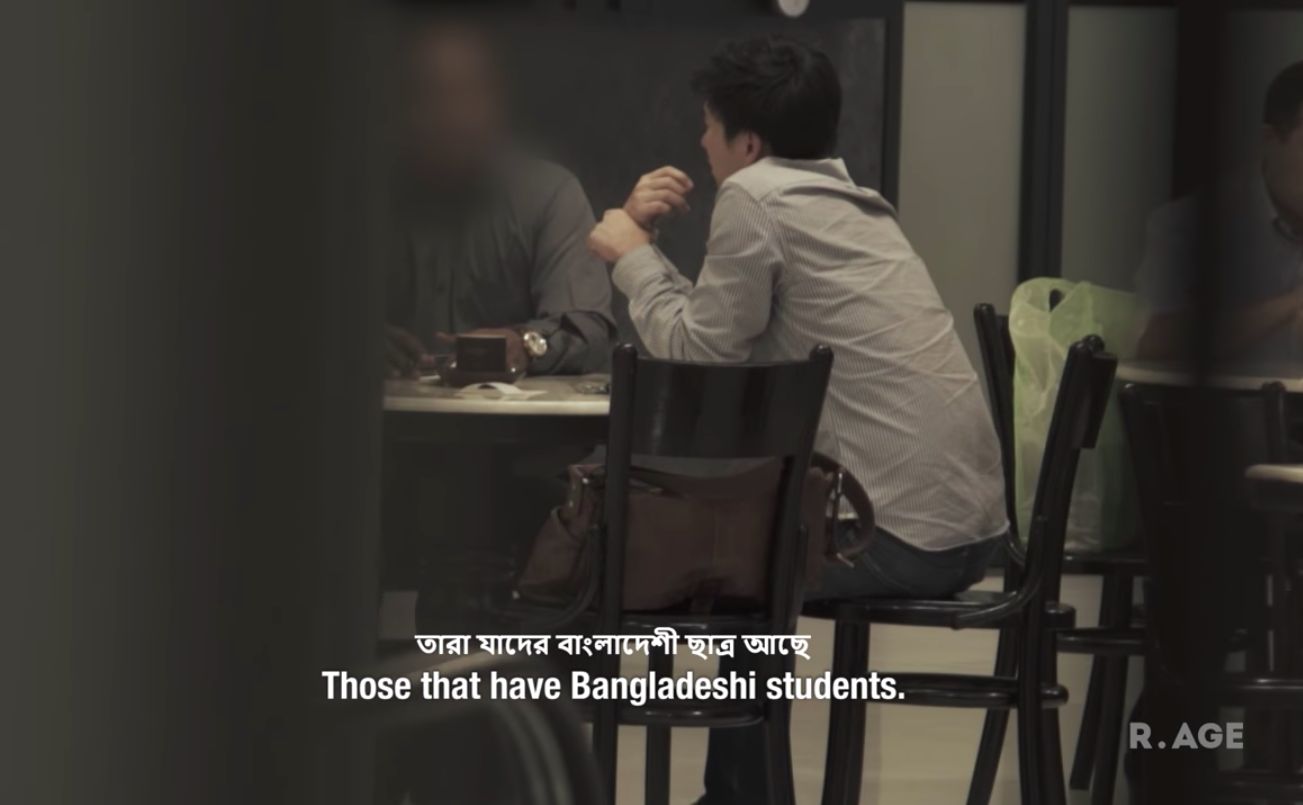 A screenshot from an episode of Student/Trafficked, showing the journalists’ undercover operations which exposed the student traffickers.

The campaign led to a tightening of student visa approval processes. Nearly 30 colleges have had their licences revoked since the Higher Education Ministry was made aware of the issue.
Yee believed much more needs to be done.

“As far as we know, none of those at the top of these trafficking syndicates have been brought to justice.

“But just as important, we urge the new Government, especially the Home and Education ministries, to consider measures to help the victims either restart their studies or return home with dignity,” said Yee.

He said R.AGE was ready and willing to cooperate with all authorities and stakeholders to continue the campaign.

INTERVIEW WITH A STUDENT TRAFFICKING VICTIM

The 2018 SOPA Awards were announced last week in Hong Kong where other winners included The New York Times, The Wall Street Journal, Reuters, Financial Times and The Economist.

The R.AGE team, made up of 14 journalists and documentary filmmakers mostly in their 20s, is making a name for itself as one of the most innovative multimedia and investigative journalism outfits in the world.

Since the team was brought together by Star Media Group in late 2015, they have won 20 major awards for journalism, digital media innovation, filmmaking, marketing and activism.

In April, R.AGE became the first Malaysian outfit to be nominated for a Peabody Award, widely considered one of the most prestigious international awards for broadcast and online journalism.