KUALA LUMPUR: Seven immediate recommendations on the reform of key institutions in the country have been handed in by the Institutional Reform Committee (IRC) to the Council of Eminent Persons (CEP).

She did not disclose the recommendations but said their main objective was for the institutions to achieve zero corruption and serve the needs of the people with integrity.

“The biggest issue is corruption, without a doubt, and also appointing the right people to these institutions.

“That is our priority,” she told reporters after a meeting with the CEP at Ilham Tower here yesterday.

“As for the Royal Malaysia Police, we are looking at the IPCMC (Inde­pendent Police Complaints and Miscon­duct Commission) as a possible substitute to the EAIC (Enforce­ment Agency Integrity Commission) or revamp the EAIC.

“We are looking at both possibilities.” 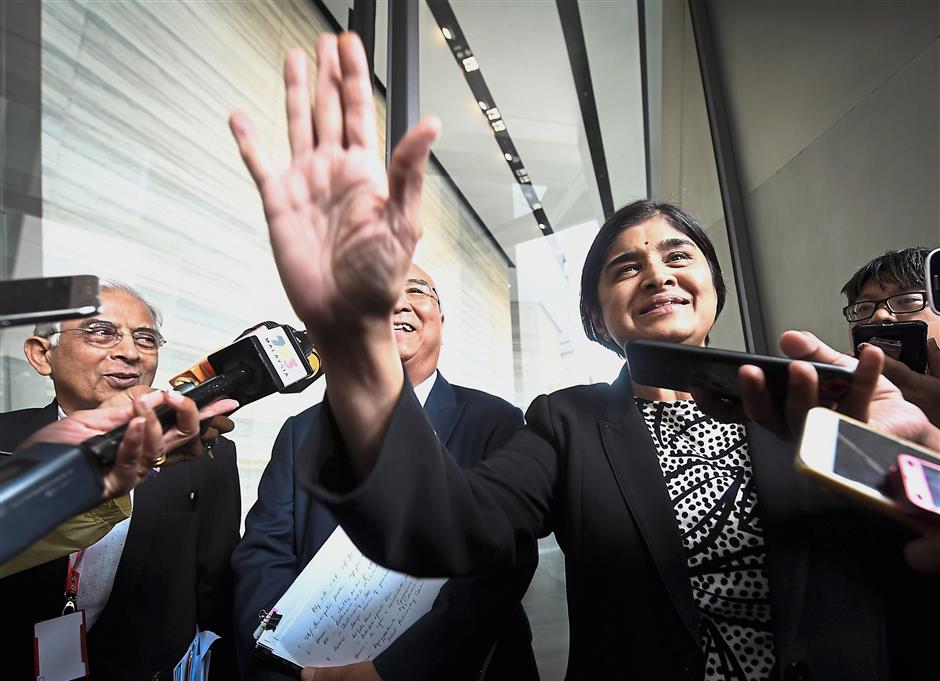 In their hands now: Ambiga talking to reporters after the IRC meeting with CEP members at Ilham Tower in Kuala Lumpur. — Bernama

On Sunday, Home Minister Tan Sri Muhyiddin Yassin said the police force and the Immigration Department would be revamped as the two departments received the highest number of complaints from the public and they should be resolved urgently.

Another committee member, Datuk Mah Weng Kwai, said the recommendations were geared towards the structure and appointments of those leading key institutions.

He said the proposed reforms also touched on the powers of the Prime Minister’s Office with regard to key appointments.

Mah, who is also Human Rights Commission of Malaysia (Suhakam) commissioner, said the IRC recommendations would also include a mechanism for parliamentary select committees to appoint key figures to these institutions.

Mah said the recommendations would be considered by the CEP with the Government deciding on their implementation.

Set up on May 15, the IRC’s final report comes after over a month of hearings covering over 1,000 proposals from the public, non-governmental bodies and civil societies.