PETALING JAYA: It was music to the ears of Ipoh-born Lim Voon Chong when he was made a Member of the Order of Australia on June 11 in conjunction with Queen Eliza­beth II’s birthday.

A naturalised Australian, Lim, better known as Chong Lim in the music community, was included in the list of recipients for his contribution to the performing arts as a musician, composer, producer and musical director.

“This honour from the Queen was most unexpected.

“I only hope this will encourage young people to take up music se­­riously.

“It is very rewarding,” said the 60-­year-old Lim on Monday.

Lim, who was encouraged by his parents to learn piano, boasts an impressive resume.

His music career began at the University of Melbourne, where he was studying mechanical engineering after attending Geelong College in Victoria.

He formed a band with two friends – David Hobson, who is now a successful opera singer, and James Valentine, who is now an ABC radio presenter.

Lim would go on to join the John Farnham Band in 1994, and has been serving as its musical director for 25 years.

Besides contributing to countless albums and concerts, Lim was the musical director for the Australian version of the television series Dancing with the Stars.

He was involved in the musical score for the opening and closing ceremonies of the Sydney Olympic Games in 2000, and was the musical director and composer for the handover ceremony at the Manchester Commonwealth Games in 2002.

Lim also performed with Olivia Newton-John for Australian-born Princess Mary of Denmark during her wedding.

Despite his international fame, Lim still felt strongly connected to his Malaysian roots.

The alumnus of St Michael’s Institution in Ipoh said it was the grounding he had during his childhood in Malaysia that prepared him for his life later on.

Lim said that he followed the developments in Malaysia diligently and was always proud of Malaysia’s achievements.

“I may be a naturalised Australian, but a large part of my heart will forever remain in Malaysia,” he said. 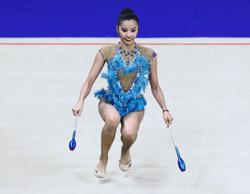 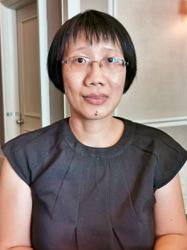