No new ICs for stateless people in Sabah 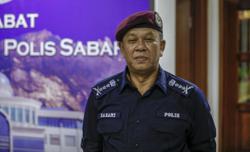 Speaking during a workshop on Saturday night, she said the issue would be addressed differently.

Lasimbang also dismissed fears this would lead to automatic citizenship for all foreigners.

“Just to be clear, we only want to make sure that those eligible for documentation get theirs legally,” she said.

By documentation, she said, these include travel papers, naturalising those in rural areas especially whose births were never registered, red (permanent resident) or green (temporary resident) ICs.

She said the matter of new Sabah ICs were among the recommendations given by the Royal Commission of Inquiry on illegal immigrants a few years back.

Lasimbang pointed out that issuing new ICs was not in Pakatan Harapan’s electoral manifesto.

The workshop organised by the Human Resources Development for Rural Areas (DHRRA) also saw a total of 21 NGOs in Sabah forming a pact to advise the state and Federal Government on how to resolve the issue of stateless people.

In a conference after the event yesterday, Nani said they would be making their initial recommendations probably after Hari Raya.

“We will be looking at the overall problem of stateless people in Sabah, irrespective of their race and religion,” he said.

He said they would be working closely with government departments, including the National Regis­tration Department.

DHRRA, a non-profit organisation that works towards organising a strong rural and self-reliant community through poverty alleviation and empowerment initiatives, will also open an office in Sabah to help deal with the issue.

According to estimated calculation by the coalition of 21 NGOs, some 800,000 out of Sabah’s 3.9 million people are undocumented immigrants. 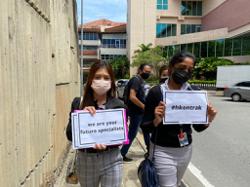